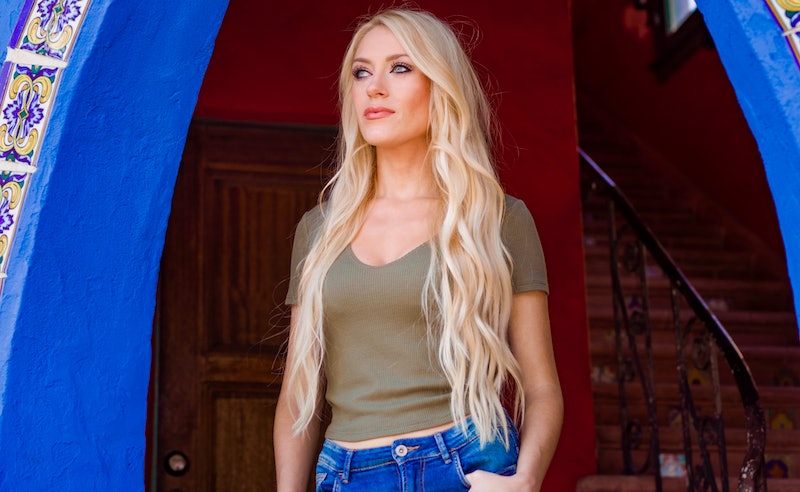 Some men still believe there are places where women don't belong. But as a screenwriter with a journalistic background, the scripts I write are often a reaction to real life events. In 2015, after Stanford student Brock Turner was sentenced to three months in prison after being convicted of raping an unconscious woman, I, like so many others, was outraged. My reaction to seeing a white male student from a privileged background receiving such a light sentence for something as serious as sexual assault was to write a script about a woman who took justice into her own hands. I created a dark, Dexter-like protagonist: a student at the University of Indiana who served her version of justice by killing, maiming, and threatening men who got away with assault on campus. She is stubborn, relentless, and whip-smart, and hers is a bloody, unforgiving story tailor-made for a specific, R-rated audience. It's a script I'm proud of, but it's also incredibly sinister. And when one respected film and TV agent read it, he told me something I will never forget: You're a great writer. This is a great script... but the material is too dark for a female protagonist.

My head was spinning: Was that a joke? Did he even read the script?

A little background: When I wrote this script, I was worlds away from having a manager or an agent to help promote my work. When I finished writing it, I had no way of sharing it with the world. But a friend who had read it offered to give the screenplay to an agent where she worked. I was incredibly grateful for the opportunity and anxiously awaited his response. Of course, when that fated note came, I was crushed. Not only was it disappointing to realize he had no interest in representing me, I couldn't comprehend that even back in 2015, when plenty of complicated and violent female protagonists like Viola Davis' Annalise Keating on How To Get Away With Murder and Tatiana Maslany's Sarah Manning on Orphan Black — not to mention almost every female character on Game of Thrones — had already been on the air, my script was apparently so blasphemous.

His feedback also came with one pointed, infuriating suggestion: Maybe you could make the protagonist a man. My head was spinning: Was that a joke? Did he even read the script?

Because of course, turning the protagonist into a man would be antithetical to the entire purpose of the script, which intends to take aim at misogynistic campus culture. Perhaps this particular exec wasn't ready to watch women behave badly, and perhaps Hollywood — which is still so male and so white — wasn't either, but I knew there was no world in which I would change my characters to fit the ideas of a male executive. As a professional writer and an editor of seven years, I am very used to killing my darlings. I have no problem writing and rewriting ad nauseam, but this was one change I just wouldn't make. Maybe that would mean I'd never find representation, win a screenwriting contest, sell a script, or get hired to write a movie. Maybe this would even be the thing that killed my dream. It was a terrifying prospect, but the alternative — to mold myself to the expectations of what men in Hollywood see as valuable — would mean I was willingly feeding a larger, industry-wide issue. It's the very issue that gave this executive the confidence to make his suggestion in the first place.

There are enough white, male stories about men on a mission — men who seek revenge or justice and do so in a messy, often bloody way. We need to — I need to — allow women the same breadth of actions and emotions we do for male characters.

With this in mind, I began musing on my next script. And as Turner inspired a collegiate vigilante, the election of President Donald Trump sparked another, justice-seeking character. This script, titled 14 WORDS, was even darker than the last, and the inspiration was even more political. When Trump was elected president of the United States in 2016, he made his stance on immigration clear, and appointed key advisers who had ties with the radical right. During the first year of his presidency the number of hate groups in America increased four percent, according to a 2018 study by the Southern Poverty Law Center. Our president was regressing social rights for minorities and women, and my fictional antidote was a woman who goes undercover to uproot a neo-nazi hate group from the inside. Fueled by the hopes of finding the man who may have killed her mother as a child, she combats the cult's violence with her own dose of manipulation and violence. I spent months researching real life hate groups before putting pen to paper in order to create a world which was born from the real life horrors that Americans experience at the hand of these groups every day. It was a script that, on occasion, made me feel physically ill to write. But it was also the script that breathed life into the possibility of having a viable screenwriting career.

...I refuse to contribute to a narrative that doesn't expand the scope of how we see women in media.

With this script, I won the 2017 ScreenCraft Fellowship, and it also caught the eye of my current manager, Bash Naran. That same year, my J.K. Rowling biopic script When Lightning Strikes landed on Hollywood's prestigious Black List, an annual list of the best un-produced scripts of the year. I also had every major agency (including the agency that originally rejected me because of my controversial female characters) wooing me in the hopes of signing with them.

And though When Lightning Strikes is a story without murder, extreme violence, or racist cults, Joanne Rowling's pre-Harry Potter history is one of great darkness. It's about a woman overcoming adversity and misogyny in a depressive, bleak world. It's an entirely female story, and as I was told by more than a handful of execs who have read it that it's a narrative "women need to see today." By writing what was important to me and by not compromising my characters, I was eventually rewarded with what I so desperately wanted.

The "rule" the agent gave me all those months ago was simple — don't write dark female characters. And it would have been easy to give up on my often violent, vengeful, and always messy protagonists, but I refuse to contribute to a narrative that doesn't expand the scope of how we see women in media. After all, my protagonists rarely follow the rules, so why should I?

More like this
Your Guide To Watching 'Everything Everywhere All At Once' In The UK
By El Hunt and Sophie McEvoy
Twitter Is Identifying With Sally Field & Jane Fonda’s Friendship In New Viral Video
By Jake Viswanath
Keke Palmer Shares The Sex Of Her & Darius Jackson's Baby
By Jake Viswanath
Austin Butler Confirms Vanessa Hudgens Pushed Him To Do 'Elvis'
By Alyssa Lapid
Get Even More From Bustle — Sign Up For The Newsletter
From hair trends to relationship advice, our daily newsletter has everything you need to sound like a person who’s on TikTok, even if you aren’t.