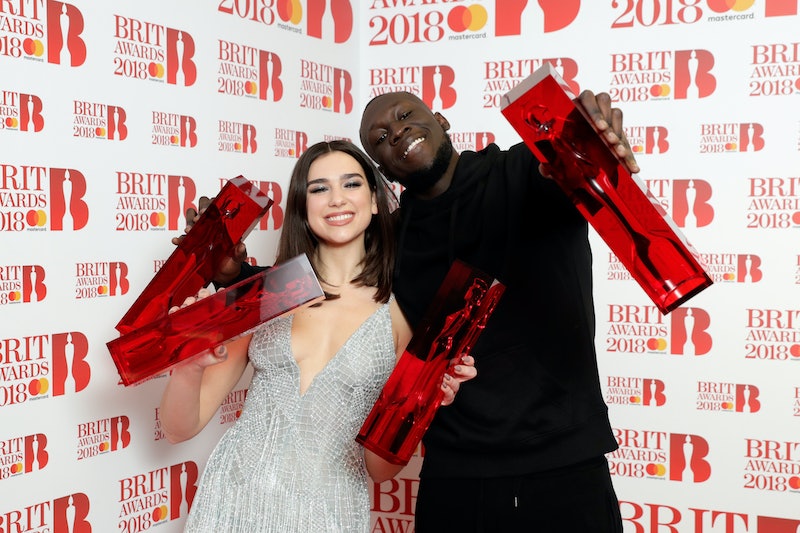 If there's one place to see the best of British music together all in one room, it's totally the BRITs. Whether artists are nominated or not, it's a magical night where musicians can support one another and fans can celebrate their faves. When you think about it though, it must be hard to decided who actually makes the cut on the nominee list when there are so many amazing and iconic artists to choose from. So how are the BRIT Awards decided?

Firstly, for an artist to be considered nominee they must past one simple eligibility test: they need to have released an album or single during a specified eligibility period, which seems to be 14 months for this year's BRITs according to Music Week. That's why Sam Smith has made it onto the nominee list for British Male Solo Artist, despite the release of his second album The Thrill Of It All being in November 2017.

From there, the Official Charts Company (OOC) steps in and begins the meticulous task of compiling a list of albums that were released during the specified time span. To put an exact number on it, a mammoth 510 albums were released during this period according to the BRITs official site. When it comes to singles, a more meticulous approach is made as the OCC will evaluate the top 1,000 selling singles to "ensure they are eligible for inclusion in the list of potential nominees." Chart rules expert Chris Austin oversees this task, which "requires a combination of data management, fact-checking and music industry knowledge."

Through the Official Charts Company, the final list is given to the BRIT Award team who put the list of nominees forward the the Voting Academy. The Academy is made up of 1,000 people who are involved in the music industry in some capacity, including labels, publishers, managers, agents, and artists who were nominated or won awards in the previous year. Regulated by the Electoral Reform Services (ERS), voters are given the final list of nominees through a "secure online Voting Academy website", they are then able to view each category and select their top five choices. After the decisions have been made, the results are drawn up into the finalised shortlist that I'm sure you're already familiar with.

However, this year there were two categorise that the British public had the final say over: British Artist Video of the Year and British Breakthrough Act. Sadly, you're no longer able to vote for these categories as they are now closed ahead of the ceremony tonight.

As fair as this process sounds, the way in which the nominees are chosen hasn't come without controversy over the years. A few weeks before the 2015 award show, Noel Gallagher called the BRITs out for being "rigged" in an interview with BBC, after Kasabian didn't make the nominee list for best British group despite releasing a critically-acclaimed album. "I'm an independent artist and we get shafted by people at the BRITs," he explained. "You won't see an independent artist [among the nominees], unless they sell 50 million records and it becomes an impossibility to leave them out."

While he may have a point, it's a bit hard to be too picky when the voting process starts off with over 500 albums and 1,000 singles. There are bound to be some artists missed out here and there. The BRITs aren't the be all end all for who's the most successful in the music biz, after all.