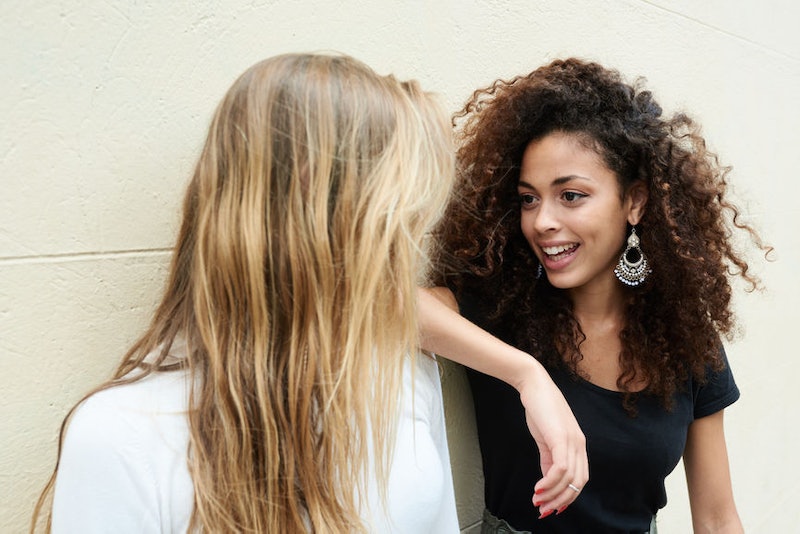 It's the question universal to everyone who's ever shared a flat: how do I get my roommate to admit they ate the leftover pizza I was saving in the fridge? A new study suggests there is, in fact, a way to reduce the chances of someone lying. Researchers from the University of Tampere conducted a study into the effect of direct eye contact on lying, and found there might be some truth to a typical human instinct. How can you make someone tell the truth? Just look them in the eye, the study suggests.

The Finnish study, published in the journal Consciousness and Cognition, tested the impact of eye contact on lying with the use of a two-player computer game. 51 participants between the ages of 19 and 37 took part in the game, and were directly instructed that they were permitted to lie when playing. They sat opposite a staged opponent they believed to be a fellow participant, separated by a smart glass window that could change in opacity.

The smart glass window turned transparent before the participant made a move, allowing them to see their opponent. In half of the trials, the opponent looked directly at the participant's eyes; in the other half, they looked down at their computer screen. The findings? The participants who made direct eye contact with their opponents were less likely to lie in their subsequent moves.

"This was the first study to demonstrate the effect by using actual eye contact with another person and by measuring not just any form of dishonesty, but lying," said study author Jonne Hietanen, a PhD student at the University of Tampere. Hietanen cautioned against extrapolating too wildly from the results, however, explaining, "Because the results were obtained in an experimental situation, one must be careful not to draw too far-reaching conclusions."

It's a pretty common assumption that making direct eye contact with someone can enable you to determine whether they're lying. Psychology Today explains that "most people think gaze aversion signals deception" — after all, embarrassment and shame can lead people to dodge eye contact. But here's the snag: people who lie (which is all of us, at some point) are also aware of the association between eye contact and telling the truth. As a result, liars tend to make more eye contact with the target of their lie, in order to appear believable.

A more effective way to determine whether someone's lying? Assess their micro-expressions, fraud examiner Pamela Meyer explained in a 2011 TED Talk. These can include fidgeting, making too much eye contact, freezing their upper body, or displaying a fake smile.

The University of Tampere study is notable, however, in that it goes beyond simply detecting a liar; rather, it suggests that the intended target of a lie can actually influence whether someone tells the truth or not. Perhaps, then, there's no need to assess your flatmate's micro-expressions while they deny taking that pizza. Instead, a hefty dose of eye contact before asking them for the 80th time might do the trick.