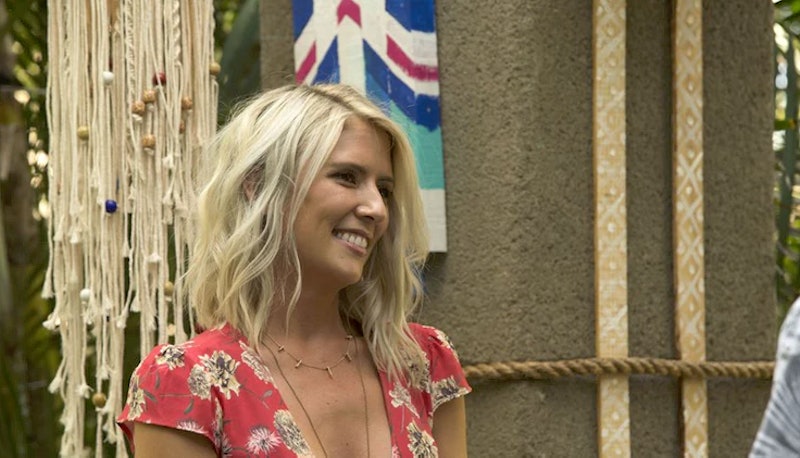 During Monday night's Bachelor In Paradise premiere, Danielle Maltby (better known as Danielle M.) casually revealed that she's been close with Wells Adams for years — a surprise for many fans of Bachelor Nation. So, how do BiP stars Wells and Danielle know each other anyway? Apparently, the two became friends while living in Nashville — a veritable hub for Bachelor alums — but Danielle hinted during the episode that she may be interested in something more.

For those that need a quick refresher, Danielle, a neonatal nurse, joined The Bachelor during Nick Viall's season last winter. She came off as very sweet and sincere, albeit a little tame for the dramatics of reality TV, but despite a strong start, Nick eliminated her during a heartbreaking farewell in Week 7 when he couldn't return her feelings for him.

Wells, on the other hand, first appeared on JoJo Fletcher's season of The Bachelorette. He initially seemed like a promising contender, but by the time he got a one-on-one with JoJo, his relationship with her was far behind those of the other men in the house, and they parted ways in Week 6. He then appeared on Season 3 of Bachelor In Paradise last summer, where he went on dates with Ashley I., Jami, and Shushanna. He was visibly torn between the three women and struggled with the process, so ultimately, he chose to leave.

This time around, Wells is taking over for longtime bartender Jorge Moreno, who told the cast he's starting his own business before giving an emotional goodbye. Wells was quick to announce that he was there strictly to sling drinks (and maybe provide a little bit of emotional support), but his connection with Danielle seemed deep-rooted, and she expressed interest in pushing their relationship past platonic and to romantic. How that will play out remains to be seen, but there's certainly potential.