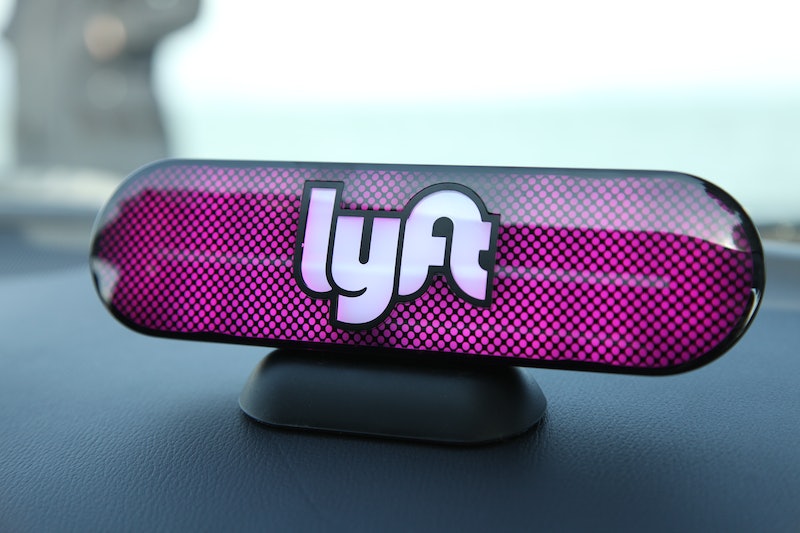 A record number of Americans are acknowledging that climate change is a real thing in 2019. Those that do believe climate change is happening now outnumber non believers by more than five to one, according to a recent national survey conducted by Yale and George Mason University. And as people are realizing they need to take bigger steps to help save the environment, going green is slowly becoming easier. The services people rely on in their everyday lives are finding ways to contribute to a more eco-friendly lifestyle, and this sentiment is even extending to rideshare services. According to a company announcement on Wednesday, Feb. 4, users will soon be able to request electric or hybrid vehicles for their Lyft rides in a new feature called Green Mode.

“These efforts will provide cleaner transportation options for Lyft riders, and increase net earnings for our driver community,” the company said in a blog post. “Once adopted widely, [electric vehicles] hold the promise of making cities more liveable by dramatically reducing air pollution.”

Lyft plans on adding thousands of electric vehicles to their roster this year to cut down on car emissions, and riders will be able to specifically request these vehicles via selecting the new “Green Mode” option (swiping all the way over to the right). Green Mode, which lets the users opt for existing hybrids or the new electric vehicles, is being rolled out in Seattle first and will be opened in other cities over the course of the year.

“Replacing gasoline-powered cars with [electric vehicles] is a significant step forward in our efforts to fight climate change, and to improve the quality of life in our cities,” the company said in the blog post. “According to the Union of Concerned Scientists, [electric vehicles] produce less than half the greenhouse gas emissions of comparable gasoline-powered vehicles over their lifetime.”

The change also offers some economic incentive for drivers, according to the company. The electric vehicles will be accessible for Lyft drivers on Express Drive, the company’s rental program for drivers who don’t own their own vehicle, though that program is currently only available in Seattle and Atlanta. “Combining lower fuel costs with affordable rental rates, we anticipate that individual drivers can save hundreds of dollars per month, and thousands of dollars per year, on fuel costs alone,” the company said in the blog post.

This new feature fits into the platform’s long term plans to become more environmentally sustainable. In April 2018, the company introduced its plans to go carbon neutral by allocating funds towards carbon emission mitigation efforts, including investments in forestry projects and renewable energy programs, according to a blog post by company co-founder John Zimmer. They also became the country’s largest bikeshare service via Lyft’s acquisition of the company Motivate.

Rideshare competitor Uber also launched its own eco-friendly incentives in June 2018. The company launched a yearlong pilot program that offers cash incentives to drivers using electric vehicles. “We see the writing on the wall,” Adam Gromis, Uber’s head of sustainability, told the Los Angeles Times. “Unless we can be delivering a more efficient form of mobility, we won’t be providing a good solution that cities need. That’s why we’ve gone into bikes. That’s why we’re working with transit. That’s why we’re focused on electrification.”

Regardless of your rideshare platform of choice, the fact that these large companies are moving into a greener direction is a hopeful step towards environmental sustainability.