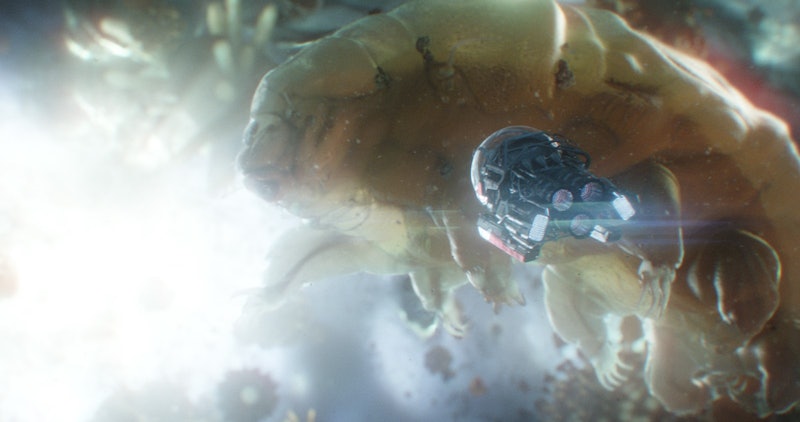 After the soul-sucking ending of Avengers: Infinity War, Marvel fans were looking forward to some lighthearted fun in Ant-Man & the Wasp, and that's mostly what the new movie provides. Mostly. But Ant-Man & the Wasp also features some pretty heavy goings-on involving the Quantum Realm that was introduced in Ant-Man, and that could have some major implications for the Marvel Cinematic Universe moving forward. But how does the Quantum Realm work, and what does it mean for the future of the MCU?

The MCU is no stranger when it comes to exploring other worlds. The Guardians of the Galaxy and Thor franchises have visited numerous alien planets and strange corners of outer space, Doctor Strange introduced the concepts of alternate dimensions and the multiverse, and Infinity War incorporated a ton of weird locations. But the Quantum Realm may be the most bizarre setting in the entire MCU. Technically, the Quantum Realm can be described as another alternate dimension that's part of the multiverse, somewhat similar to the Mirror and Dark Dimensions that were introduced in Doctor Strange. The main difference, though, is that the Quantum Realm doesn't solely require magic in order to gain entry — it can be accessed through scientific means.

The Quantum Realm of the movies is known as the Microverse in the comics, and it's pure science-fiction. However, there actually is a real scientific term known as the quantum realm. The real quantum realm isn't nearly as fun as the one in the movies, and it's not even a place. It's a physics term that refers to the actions and reactions that happen on a subatomic level, measured in nanometers. That may sound boring, but it's still pretty interesting, as some of the laws of classical physics seem to break down in the quantum realm, according to How Stuff Works.

In the Quantum Realm scene from Ant-Man, a blurry silhouette of the Wasp was seen for a split-second, foreshadowing the character's return in the sequel. Now, in Ant-Man & the Wasp, the Quantum Realm scenes provide some all-new clues for fans to pore over — if they can find them. "Like the first movie there are clues in the Quantum Realm to other possibilities and things," Marvel Studios president Kevin Feige told io9. "I’m talking frames [of film]." Director Peyton Reed added, "We have definitely laid some groundwork for some stuff down there... similar to what we did in the first movie."

The Quantum Realm in Ant-Man & the Wasp is yet another wild setting for the MCU, and although it's not understood all that well, it could be very important to the franchise moving forward.