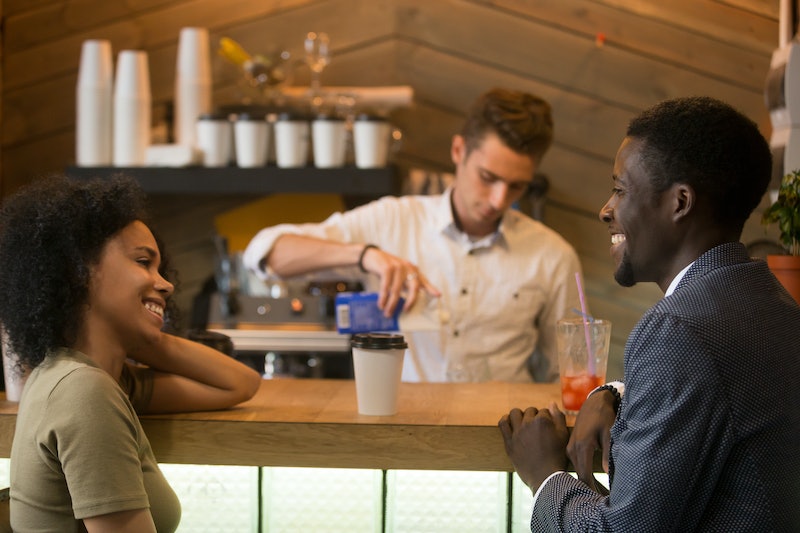 Dating can be daunting. This might be a simple universal truth. While some people find what they are looking for by bumping into a lover on their way out of a supermarket, many of us are burdened with the task of doing the dance for awhile, so to speak. And although the difficulty of dating has been the case since, perhaps, the dawn of humankind, according to a new survey, the feeling of dating burnout is very prevalent right now, as is the idea that dating has become transactional.

The latest version of Match's Singles in America study, the largest and most comprehensive examination of singles’ dating habits, gained some interesting insights into the lives of those looking for love. They used a sample of 5,000+ singles, with a makeup of 14% identifying as LGBTQ+ to reflect the U.S. population. And although 75% of those singles reported in the survey that they are hopeful that love is out there, participants also described dating as “overwhelming,” “sexual,” and "unkind."

But listen, before all the blame is placed on swiping right or left, Dr. Justin Garcia research director of The Kinsey Institute, tells Bustle that dating has, in reality, always been a kind of business deal.

“On the one hand, thinking of dating as transactional, it can feel unsettling or gross," Garcia says. "A tit for tat. But if we think of human behavior more broadly, dating always been transactional. In a mating market, people have a bargaining hand. You bring different things to the table. Personality, charms, your attractiveness, your resources. You bargain your combination of those things with their things."

The positive difference in the transaction these days, Garcia says, is that we are paying more attention to how that transaction takes place, and trying to approach it differently, as some of it is not aligned with contemporary values.

"The one that I think about a lot is paying for dates [in situations where women are dating men.] We find the paying for dates one is interesting because it is still a marker that it's actually a date," Garcia says. "And that 'pre' courtship thing can be really confusing for people. Paying for the date has a cultural meaning, at least in the U.S. But we don’t always like it."

A lot of women who date men offer to pay the bill, or want to split the bill, for example, Garcia says, so as not to feel obligated to anything else. That being said, a majority of people who identify as women still want men to take the lead in courtship if they are seeking a man, but 75% of men seeking women like it if women reach out first on dating apps.

Undoubtedly, there is a lot of importance around questioning the rituals and behaviors we accept as common practice, and that's something to keep in mind when it seems like dating in the era of the internet makes it more impersonal than in a bygone time. Garcia says there is a lot that is different about dating now that gives people more agency and decisions than ever before.

"There was not as long as a courtship process," Garcia says. "But there was also a lot less decision making going on. There was a lot less consent. The past [before dating apps] wasn’t really better, there were just different highs and lows."

As of now, the more choices people have, the more they are delaying long-term commitments, or even labels, Garcia says.

"The pre-commitment spaces have expanded," Garcia says. "Some people really like that. Then there are other people who are like what the heck is going on?"

The best thing to remember about the process of online dating, Garcia says, is that dating sites aren’t promising love. They are promising connection. So a productive way to look at what might seem like a myriad of lost causes or a sea of anonymous choices, is that you are just seeking to meet new people to see what comes out of it.

"Maybe it turns to love, but these platforms are just helping us find people," Garcia says. "The internet is the most common way for singles to meet their first date. But we have to get to the date and be open." We have to meet people in person to see how well we mix, Garcia says, as that's when the actual chemistry and connection can start to take place.

Another important thing to keep in mind? Even if you aren't 100% certain about someone's texting style or the way they've presented themselves online, there still could be long-term potential. According to the survey, over 30% of people have fallen in love with people they didn't initially think they would fall in love with. On top of that, around 70% of respondents reported that they became attracted to someone they didn't initially think they would be attracted to.

Trying to maintain a sense of positivity and openness is important in these scenarios, Garcia says, as is being really clear about what you want and expect.

"When you ask someone out you can say that you like to split on the first date, for example," Garcia says. "You can be upfront about expectations, and be upfront about what makes you uncomfortable."

But again, know that you aren't alone if this whole dating thing is less than exciting to you. Looking for love might not be easy, but that doesn't mean it isn't worth it, you know?