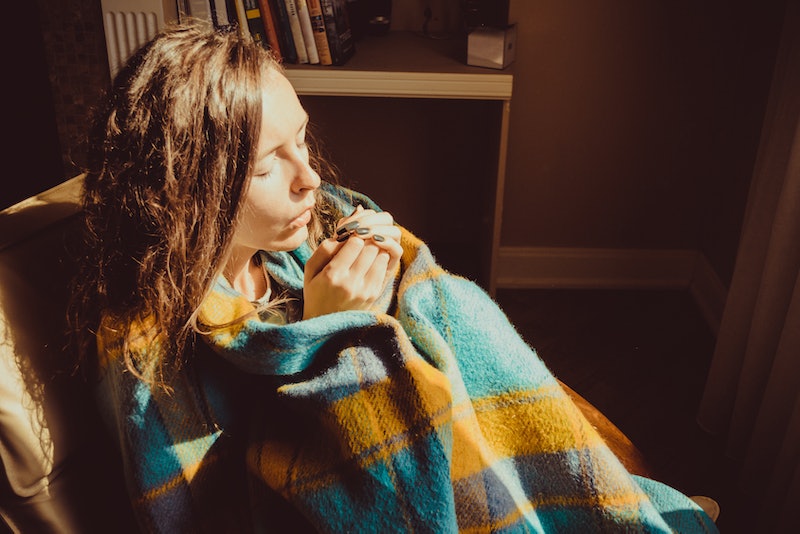 It's the middle of winter, and Donald Trump is president of the United States. If you're like me, that makes you want to put a pillow over your head and wait for brighter days. Since that's not really an option, practicing hygge can help you cope with Trump's presidency, and get you through the dark days of winter. Pronounced "hue-gah," it might sound unusual — but it's probably exactly what you need right now.

According to the website Hygge House, hygge is a Danish word for coziness that describes a feeling or mood that comes from taking genuine pleasure in making ordinary, every day moments more meaningful, beautiful, or special. And, let's face it, we could all use a little coziness these days.

I lived in Maine for nine years. During the height of winter, the sun set at 3:30 p.m., which meant that I also spent those nine years suffering from Seasonal Affective Disorder. Now that I live in California, the sun shines all of the time (sometimes too much), but with the reality of a Trump presidency I feel like I'm living though a proverbial nuclear winter. And I'm not the only one: According to The Week, more than 20 books on hygge were released in 2016 alone, proving that millions of people are looking for ways to make themselves more comfortable.

Since Denmark was just voted the happiest country in the world for the third year running (despite having up to 17 hours of darkness a day during the winter), I think they might be onto something. Want to find out what all the fuss is about? Here are nine ways to practice hygge to get through the dark days of Trump.