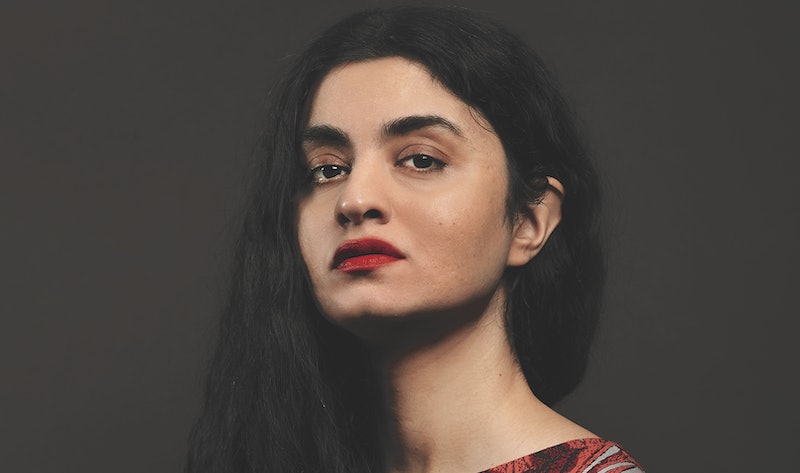 Mosques that are run by queer imams and welcome queer Muslims are not advertised on public forums or on social media. If you don’t happen to know someone who attends one, it’s almost impossible to know they exist, and for good reason: safety is a major concern for attendees. Many are refugees who’ve fled Muslim countries where being gay is still punishable by death.

I had contacted El-Farouk Khaki, the co-founder of Unity Mosque, after hearing about a prayer space that welcomed queer Muslims from friends and activists. Khaki, an openly gay human rights lawyer who fled Tanzania in the 1970s, founded the mosque in 2009 with his husband, Troy Jackson, a Muslim convert.

I was now in my 30s and I hadn’t set foot inside a mosque since my late teens. I wondered how it would feel. One of the reasons I wanted to attend the mosque is because I missed being in the presence of other Muslims. Praying with other Muslims brought me a sense of comfort while I was growing up. But for most of my twenties, Islam felt like a parent dishing out conditional love: I had no right to call myself Muslim because I’m queer and don’t wear the hijab. After more than a decade of deprivation, I was spiritually hungry. Although I maintained a private relationship with Allah, I longed for a non-judgmental spiritual community where I could meet others like myself.

We Have Always Been Here
Amazon

The prayer was held in an unassuming building in the heart of Toronto’s gay village where I had partied in gay clubs in my 20s. I recognised El-Farouk, the founder of the mosque from news stories. There was a blizzard outside and attendees warmed themselves with paper cups full of piping hot passion fruit tea from the large jugs placed in the centre of the room.

Too shy yet to join them, I silently observed. My eyes were still adjusting to the startling sight of acceptance, as though I’d just had a blindfold ripped off. I worried that I might have been tricked.

As I sat cross-legged on the prayer mat and stared out the window, I could hardly believe I was coming back to my faith in the same neighbourhood where I attended my first drag show. Minutes away from a cluster of lesbian bars and leather clubs, I was meeting myself again in my thirties.

Sitting next to me was a middle-aged butch from Egypt dressed in a plaid shirt and a ski jacket. There was also a gender-nonconforming Iranian immigrant. Sitting across from me were two young transgender refugees from Algeria. One of their parents thought he’d left to study abroad and had no idea he’d transitioned; he was afraid to tell them.

One of the most striking differences from the traditional mosques I attended when I was younger was that people of all genders prayed side by side. Muslims of all orientations and racial backgrounds shared the same space, the same floor.

Before the sermon began, we were all handed a sheet of house rules, which highlighted that we were not to argue with others about the validity of their faith, since all Muslims experience Islam in different ways. After all, Islam is not a monolithic religion. Although all of us in that room viewed and experienced Islam through a queer lens, the version of Islam we each practised was very much shaped by what also set us apart: geography, culture, race, class, and history.

As I was still soaking in every detail that challenged my idea of what a mosque could look like, a black trans woman in her twenties got up from the floor to give a beautiful recitation of the adhan — the call to prayer. I discreetly surveyed the room to see whether anyone else shared my emotional reaction to this powerful reclamation and profound queering of the traditional call to prayer, but most looked meditative and focused.

I tried to hold back my tears — for the first time I was witnessing a version of Islam I could be a part of. After being scolded and frozen out from the mosque when I was younger for being too rebellious, I now felt that Islam was welcoming me back into its arms. It had been an awful lonely time, and I was glad to be in the company of people who didn’t ask me to change who I was in order to share space with them. I had finally found my people.

I wondered how my mother would feel at the mosque. Would it also lead her to self-acceptance? I had noticed that she had started going to the mosque less and less after feeling like she was being policed and judged.

“Samra, what are you hiding from me?” she asked once, guided by the intuition that only mothers have.

I thought about the words that were about to come out of my mouth as she fixed her niqab at the restaurant where we were having lunch. I did it. I told her I’m queer. We stayed still for a while, as if seeing each other for the first time.

For the first time in my life, I felt unconditionally loved.

Samra Habib is the author of We Have Always Been Here: A Queer Muslim Memoir which is published by Riverrun on September 5 and priced at £9.99.

More like this
Gen Z Are Twice As Likely To Identify As Queer, According To New Data
By Sam Ramsden
What The UK Blocking Scotland’s Gender Recognition Bill Means
By Sam Ramsden
TikTok Has A Genius Old School Hack For Saving Money
By Sophie McEvoy
This Dark Humpty Dumpty Theory Will Haunt You
By El Hunt
Get The Very Best Of Bustle/UK
Sign up for Bustle UK's twice-weekly newsletter, featuring the latest must-watch TV, moving personal stories, and expert advice on the hottest viral buys.