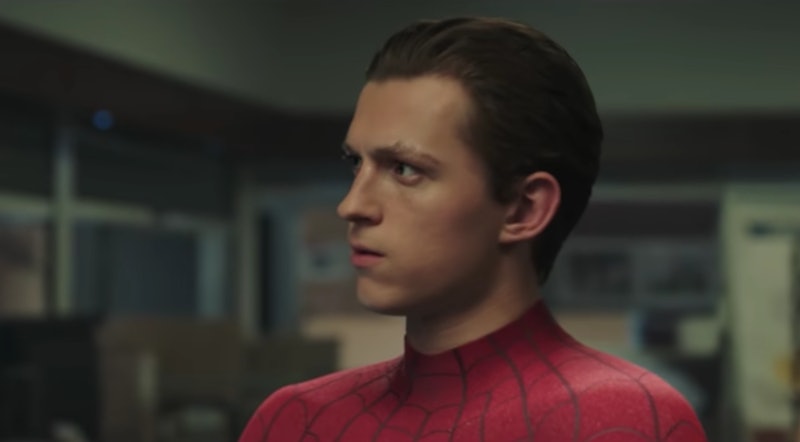 After the final battle with Thanos, during which Spider-Man is forced to witness death of his mentor, Tony Stark, Peter joins his friend Ned in the halls of his old high school. The trailer for Spider-Man: Far From Home, out in July, also suggests that most of the classmates he went to high school with in Spider-Man: Homecoming are still the same age as Peter in Far From Home, which suggests either that MJ and Flash Thompson got held back five years or that Peter Parker's entire groups of friends got Thanos'd and then came back five years later. This may seem like a massive coincidence, but when looking at the odds it's actually not that surprising that Parker's entire group of friends would be going through the same experience.

There are a lot of implications about the snap and the de-snappening that Endgame simply didn't have time to explore. People seemed to come back in the exact location they vanished from, but does that mean people who were in airplanes just re-appeared right in the sky only to fall and meet another fate? Did the snapped know they were snapped out of existence? How will the world re-integrate 50% of the populace? While those questions have yet to be answered, that number of 50% actually makes it highly likely that Peter Parker and all of his high school friends did get snapped together, with maybe an exception or two.

The population of New York City is 8,398,748, as of July 1, 2018, and the likelihood that Parker's closest high school friends, which pretty much just amounts to his academic decathlon team, would be some of the nearly 4.2 million people that vanished from NYC is good— assuming Thanos' idea of perfect balance takes thing like geography and population density into account. So while some of Parker's former peers may be five years ahead of him, the pain that comes from losing Tony Stark and the trauma that must come from getting trapped on a spaceship and turned to ash may be lessened by the fact that all of his friends went through similar experiences, with the exception of the space travel and having to fight a giant purple entity obsessed with death.

Spider-Man has gone through a lot recently, so his European vacation in Far From Home will likely be a nice change of pace for Parker — even if he does have to fight some elemental creatures alongside Jake Gyllenhaal for part of his vacation. The MCU will have a lot to explore post-Endgame, but the film isn't done exploring high school through the eyes of Peter Parker just yet.