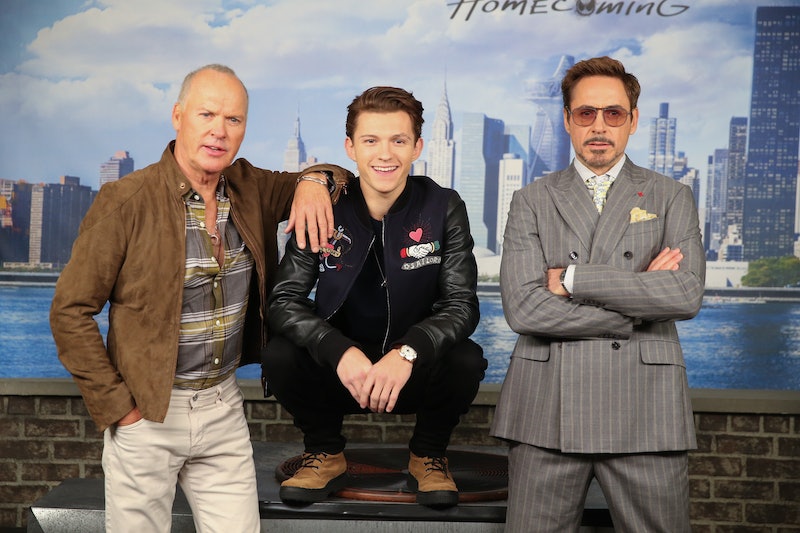 Avengers: Endgame spoilers ahead. Before Avengers: Endgame even came out, it was clear that at least some of the superheroes who turned to dust were going to return, simply because they were set to be in more movies. In particular, Spider-Man (Peter Parker) had to be saved, because his next film is already confirmed and hitting theaters only two months after Endgame. So, yeah, Spider-Man will be there, but what about his mentor? Will Robert Downey Jr. be in Spider-Man: Far From Home Well, he's not on the IMDb page, so the answer is no.

Just kidding! That means nothing when it comes to these movies.

As you know if you've seen Endgame (or if you are a spoiler reader), Tony Stark dies at the end of the new movie after using the Infinity Stones himself to snap Thanos and his army out of existence. So, whether or not Downey appears in Far From Home will depend on when it takes places and whether it has any flashbacks.

Conveniently, we have the answer to the first part of that. Producer Amy Pascal told Fandom in June 2017 that Far From Home would "start a few minutes after Avengers 4 wraps as a story." If this is still the case, then Peter Parker's school trip to Europe is probably a way for him to escape from the loss he just went through. It would also explain why he feels like just being a normal kid and leaves his Spidey suit behind when he packs for the trip, as shown in the trailer.

It also sounds like Nick Fury could be stepping into the role left behind by Stark, but seeing as he's a very different person, he'll serve as a point of contrast for Peter and for viewers.

"If Tony is like the supportive cool uncle, Fury's more like the mean new stepdad," director Jon Watts told USA Today. "Fury doesn't see himself in Peter Parker. Fury sees Peter Parker as an asset that he needs who is too preoccupied with a bunch of high school problems." And if the timeline thing wasn't clear enough, again, this makes it sound like Stark's not going to be there.

There is still a chance that Downey could show up via a flashback. Battling Thanos with pretty much every MCU superhero and seeing his hero die would be pretty haunting for Peter Parker, so he could have a nightmare about it that we see. It would be strange, though, if Downey filmed any new scenes for Far From Home. His character got a sendoff in Endgame that was respectful of his fans and made for a memorable moment. To then see him pop up again in new scenes in Far From Home would feel kind of rude.

Far From Home is all about starting a new chapter. Presumably, for Peter after his loss and the big battle, but also for fans and for the franchise. As Marvel's Kevin Feige recently confirmed, it's the last movie in Phase 3 of the MCU, so it will really set the stage for the next group of films. It's a clean slate for Peter and for fans, and so it probably doesn't include Downey.