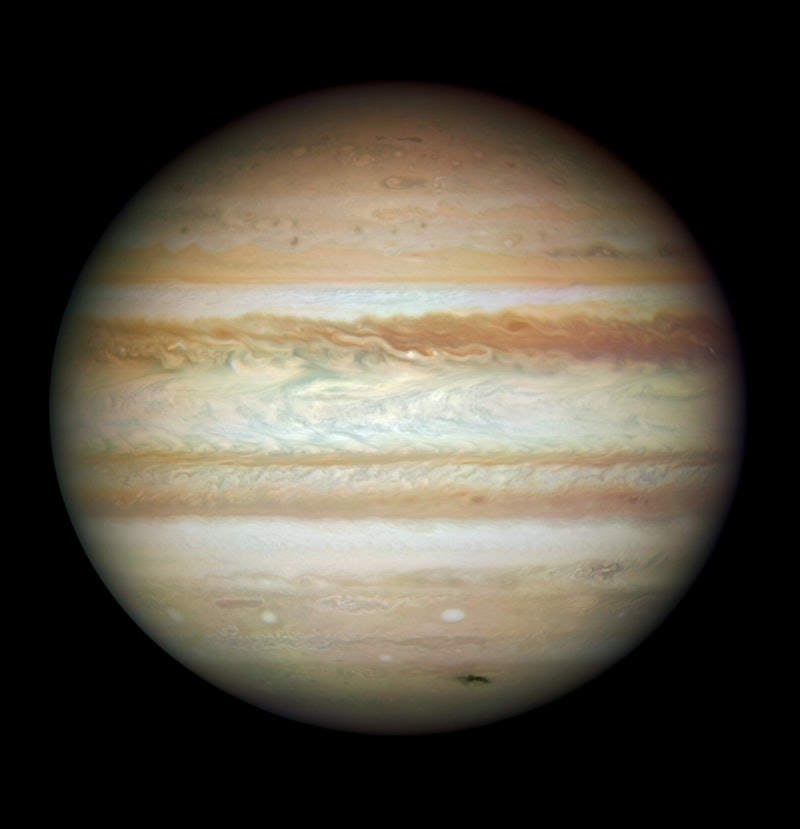 If things have seemed kind of, well, off for the last few days, there's a good reason for what could be going on: Mercury is in retrograde, causing a whole bunch of confusion when it comes to communication, traveling, and technology. It's been rough out there, as it always is when Mercury is in retrograde, but this time, there's something that could be making things even more out of whack. Jupiter is also in retrograde, so, fun times! The fact that Jupiter and Mercury retrograde are happening at the same time is going to affect things differently, especially when it comes to communication.

In order to understand what's going on, you have to first understand what these two retrogrades mean. This Mercury retrograde, the first of the year, began on Mar. 22, and will end on Apr. 15. Mercury goes into retrograde when the planet starts spinning faster than the Earth, making it appear as if it's going backwards. Because Mercury rules communication, it can set off some weird vibes, making it more likely to experience misunderstandings, scheduling problems, and even disagreements with people close to you. This retrograde is also known to mess with travel plans, causing delays and maybe GPS mistakes.

Jupiter retrograde is a little different, starting with the fact that it lasts much longer. Jupiter went into retrograde on Mar. 8, and it won't end until Jul. 10. Jupiter rules our mind, spiritual evolution, and good fortune. According to Astrology King, "Transiting Jupiter retrograde represents a time of philosophical or spiritual introspection and reflection. You will have to deal with particular issues involving growth and development, happiness and success." Jupiter retrograde isn't exactly a time to move forward, it's a time to reflect. It's also a great time to detox, to get rid of what hasn't been serving you and make room for something new.

That doesn't sound so bad! But when these two retrogrades happen at the same time, it can make things a little confusing. This spring, Mercury retrograde is happening in Aries, which is a bold, energetic sign. It means that we're all going to be a little bit more impatient and impulsive than we usually are. Like other times when Mercury is in retrograde, communication with others will be tough — you're more prone to saying things you don't mean, being more blunt, not thinking before you speak, and taking someone else's words out of context.

So, basically, Mercury retrograde will cause little mishaps and miscommunications, while Jupiter is more spiritual and deep. How does this affect communication? While you're going to feel more inclined to speak up and boldly say things, you'll also be reflecting a lot on the past and things that need to be changed. This combination could cause you to bring up old arguments with people close to you, to relive past grudges and fights that were never really resolved. It could bring up some conflict.

This could end up affecting your relationships. It might make you realize that certain friendships or relationships aren't worth it anymore. It could also cause you to reach out to someone you haven't spoken to in a while and maybe patch things up with someone you had a falling out with. So, really, it could be good and bad.

To get through this, be a little extra cautious until Mercury retrograde ends on Apr. 15. Think before you speak, and give yourself time before starting a serious conversation with someone else. You don't want to say something you'll end up regretting, and with this much introspective thinking and bottled up emotion, that just might happen.

You'll be able to get through these double retrogrades as long as you're mindful and aware of what's going on. Good luck out there!