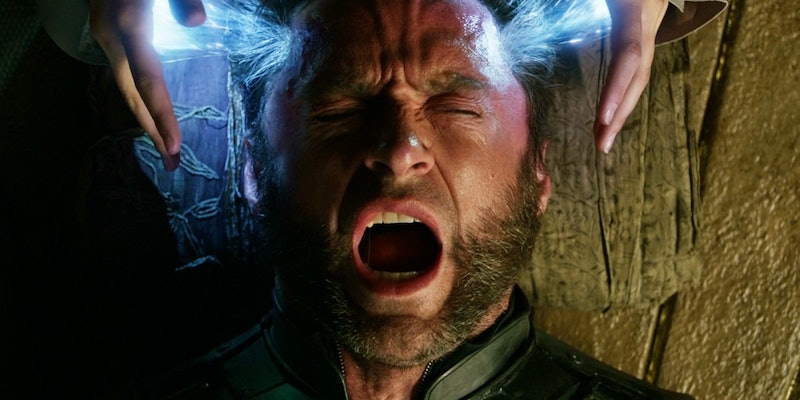 In X-Men: Days of Future Past, the future for mutants was quite bleak. They had been largely wiped out by an advanced army of Sentinels, with only a tiny group of X-Men holding out against complete annihilation. The X-Men saved the day when Wolverine was sent back in time to 1973 to change the future, and at the end of the film everything seemed like it was going to be OK. But in the new movie Logan, mutants have once again been virtually wiped out. So, how long after Days of Future Past is Logan set?

Like the timeline in all X-Men movies, the answer is complicated. Days of Future Past takes place in the year 2023, and after Wolverine successfully alters the timeline and saves mutantkind, even long-dead mutants like Cyclops and Jean Grey are somehow brought back to life. So you would think that Logan, with its desolate depiction of a mutantless wasteland, its post-X-Men world, and its ancient Professor X, would take place much, much later. But you'd be wrong, because Logan takes place in 2029, just six years after Days of Future past. So what could have possibly happened in those six years to cause such extensive (and awful) changes?

Well, it turns out that Logan doesn't necessarily follow the same timeline that was established in Days of Future Past. The X-Men films have never paid too much attention to continuity — Ryan Reynolds has played two completely different versions of Deadpool, for example — and Logan is no exception. Sure, Hugh Jackman is still Wolverine and Patrick Stewart is still Charles Xavier, but the rest of the stuff that happened in past X-Men movies didn't necessarily happen in Logan's world. Jackman said as much to Rosie Fletcher of Digital Spy in January:

"Not only is [Logan] different in terms of timeline and tone, it's a slightly different universe. It's actually a different paradigm and that will become clear ... It's a stand alone movie in many ways. It's not really beholden to timelines and storylines in the other movies. Obviously Patrick Stewart was in there so we have some crossover but it feels very different and very fresh ... [Following the timelines] becomes a chess game that you try to serve, which actually doesn't help to tell a story and it's sort of been a bit all over the place. I'm not critical of it — X-Men was the first movie really in comic book, no one thought there'd be another and there were different directors different off shoots."

So, strictly speaking, Logan takes place six years after Days of Future Past. But if you want to get right down to it, the two films probably don't even take place within the same universe, making the question of which takes place first irrelevant.