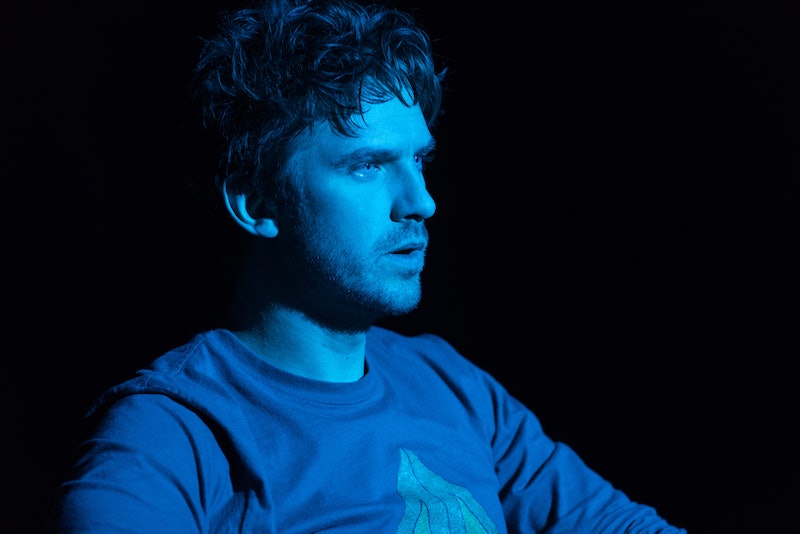 Only Legion could have pulled off a Season 1 cliffhanger in which the lead character is absorbed by a levitating metal orb which then just floats off into the distance. It's been over a year since Legion's first finale aired, which matches how long after Legion Season 1 Season 2 takes place. The new set of episodes, premiering April 3, will begin with a time jump, forcing its characters to try and piece together what happened in the year since David Haller was abducted by that strange globe.

The show's surreal imagery and tone are more similar to an art film than other television shows about superheroes. Legion uses confusion to fuel its characters, and Season 2 opens with a great deal of that as Haller tries to piece together what happened to him. During a Television Critics Association panel, showrunner Noah Hawley revealed that Season 2 takes place a full year after David's disappearance. Per SlashFilm, Hawley explained that his reasoning behind the time just was to maintain the sense of mystery that fueled the first season. "I didn’t want to go in Season 2 — 'it’s all clarity all the time' — so we built in a time jump ... We can muddy the waters again. I think that’s the fun of the show, the mystery of trying to figure things out."

In the Legion Season 2 trailer, it's shown that David's memories of his missing year feature strange and confusing images including empty plains, trees, and dancing with Oliver Bird. While David was being held captive, the other members of Summerland appear to have been spending the year-long gap developing methods of hunting down the Shadow King, who appears to be infecting other people now that they've been removed from David's mind. The search for the Shadow King has gotten so desperate, in fact, that the mutants of Summerland have started working with Division 3, the organization that spent all of Season 1 trying to hunt down David. At lot has changed in the year since David's abduction, except for David, who's been in a sort of stasis.

While it's been a year of work for everyone in Summerland, time passed much differently for the main character. In an interview with Collider, star Dan Stevens explained that it hasn't felt like a year has passed for his character. "David has had another strange experience. He thought his problems maybe were solved with the expulsion of the Shadow King, but actually, it’s not that simple. So, far less time has passed for David," he said. "When we find him, he’s coming to terms with a whole new bend on reality." The David that audiences see in Season 2 is the very same one that got taken away in the Season 1 finale, having been freed from the hold of the Shadow King and taking a new approach to life. Without the Shadow King feeding off of him, David may find his brain a less horrifying place in which to exist, and at the very least may no longer be haunted by The Devil With The Yellow Eyes.

However, now that his world has moved forward without him, David will have a great deal of catching up to do. He may be the most powerful mutant in the world, but he starts Season 2 lacking information and is as disoriented as many of the show's fans can feel after a particularly abstract episode. The Shadow King has had an entire year to try and protect himself from Summerland and Division 3, but with David Haller back in action it won't be long until these two former brain-sharing mutants are facing off once again, possibly for the last time.