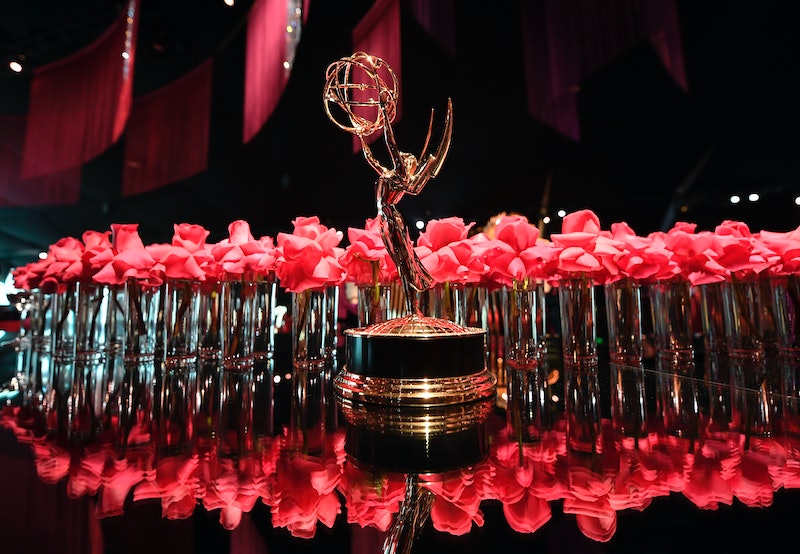 This has been a roller coaster of a year in television. From complex feelings about the Game of Thrones final season, to a new documentary series from Ava Duvernay and falling in love with Fleabag's Hot Priest, we've really been through it in 2018 and 2019. How are we supposed to cover all of that content over the course of one Emmys awards ceremony this weekend? FOX swears that the 71st Primetime Emmys should end at 10 p.m.ET, but these things always run over time, so you might want to put on a pot of coffee while you watch the red carpet.

Let's investigate exactly how long your Emmy viewing party will last. FOX's red carpet coverage begins at 7 p.m. and the ceremony starts at 8 p.m. one hour later. So, if the show ends at 10 p.m. that's only two hours to present about 27 awards spanning multiple genres. In the past, the Emmy Awards have been three hours long and, barring catastrophe, ended at 11 p.m. instead.

One thing the 2019 Emmy Awards have going for them, in terms of show length, is no host. That means there won't be a monologue, or an excessive amount of extended comedic bits that stop the show dead in its tracks. In theory, a host's job is to hurry along the proceedings and keep things from running over time, but maybe not having a host at all is for the best! Forget the fact that this recent host-less "trend" stemmed from the Oscars and Hollywood's inability to find a comedian willing to take on that responsibility without making jokes at the expense of marginalized groups in the process. Let's focus on giving out the trophies before bedtime instead.

There typically aren't any musical numbers or bands at the Emmys either. That's another easy way to cut down on time, but a little bit unfortunate especially with this year's musical winners at the Creative Arts Emmys, Fosse/Verdon and Crazy Ex-Girlfriend. Hopefully there will at least be time for a song and dance nod to The Masked Singer, since it also airs on FOX.

Those "full casts" make it seem like some kind of tribute has been planned — so maybe the Emmy Awards are in danger of running over two hours. It wouldn't hurt to adjust your DVR recording just in case the show goes a little long. (Do people still use DVRs to record awards shows? Surely someone does, right?) Even without a host, or musical numbers, the Emmy Awards are still broadcast live. There is a plan, but things don't often go according to plan. FOX has set a lofty goal with this shorter ceremony, and we'll just have to see if they can stick to it.