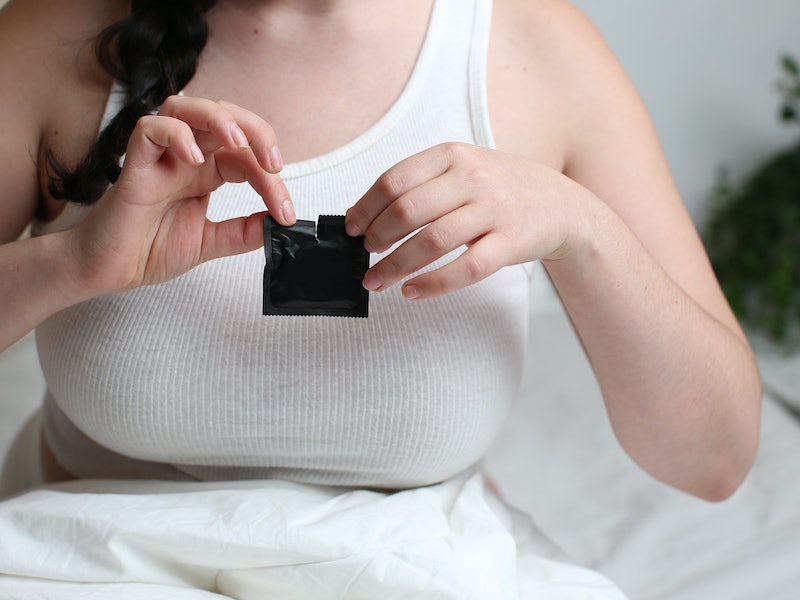 Many people use condoms out of necessity. For some, they reduce the sensation at best and make sex totally uncomfortable at worst. But Melissa White, CEO of the online condom marketplace Lucky Bloke, believes this is just because we go about buying them all wrong. Lucky Bloke is trying to change this.

Given these statistics, it’s not that surprising that 29 percent of people who recently used a condom had some problem with one over the course of a month, according to a recent National Center for Health Statistics report. A large variety of condoms are out there, but people don’t know where to find them, so they end up using condoms that are wrong for them. And since many guys’ egos would suffer if they got a small-sized condom, few companies even sell them.

A whopping 68% of guys found that they were using the wrong condom size.

If there could be a site where people could see all the condoms out there — and information on how to pick them out — maybe people would be having safer sex, White figured. They’d be more willing to use condoms in the first place, and the ones they used would do their jobs more effectively.

To stock Lucky Bloke as thoroughly as possible, White conducted a 1,100-person study of men in 21 countries. She surveyed them about their experiences with condoms and had them try on and review the condoms she was considering. Among those surveyed, a whopping 68 percent of guys found that they were using the wrong size. And 96 realized that once they found the right condoms for them, sex was more pleasurable. This just showed her how important it was to give people looking for condoms more options — and more information.

“The most surprising thing I've learned is how underserviced people who need condoms smaller than standard are and how large that proportion is,” says White. “What’s wrong is [some condom companies are] more interested in selling a condom than educating and making sure the end experience is positive. Many brands, if they’re unsuccessful with a condom instead of ditching that condom, they will rebrand the condom and reintroduce it. Many people are having unsafe sex because of the fact that they can’t find the condom that works for them and they don’t know where to look.” In fact, White believes this is one reason why 45 percent of pregnancies in the U.S. are unintended.

To give more people access to the condoms they need, Lucky Bloke includes condoms categorized by size (plus a “not sure what size to buy” pack), effect (“arousal,” “desensitizing”), and material (“ribbed,” “ultra-thin”). Each condom’s page includes reviews to help buyers select them. There’s also a page that tells you how to find your size using a toilet paper roll (if your penis can’t fit in one, you need a large; if it barely fits, you need a standard; and if it fits with room left, you need a small).

While it’s mostly men who are using these condoms, many of the people who buy them (or encourage their partners to buy them) are women, says White. She believes women are leading the revolution in how condoms are bought and sold, since the ones she hears from are so open-minded and eager for better ways to practice safe sex.

Educating people on how to find the right condom and use them properly can not only change their lives but also change the whole world, says White. After all, fewer unintended pregnancies means a smaller population, which in turn means less poverty and even reduced greenhouse gas emissions.

There have been a few high-profile efforts to create higher-tech condoms lately — most notably the finalists chosen by the Bill and Melinda Gates Initiative — but the reality is, creating a new type of condom is extremely expensive and complicated legally. The best solution, for the time being, is to take advantage of what we already have, says White. And right now, we’re not.

When we try on clothes that don’t fit or feel uncomfortable, we usually don’t buy them anyway. We keep shopping for ones that do. White hopes we come to take this same approach to condoms. “It is my personal mission, that it will be common-place for the entire next generation of condom users to know about condom size and why fit matters,” she says. “I want for them to know that if a condom isn’t pleasurable, it simply isn’t the right condom for them. After experiencing the radical shift of condom fit leading to increased safety and pleasure, I am confident that one day, condom pleasure will be the norm.”