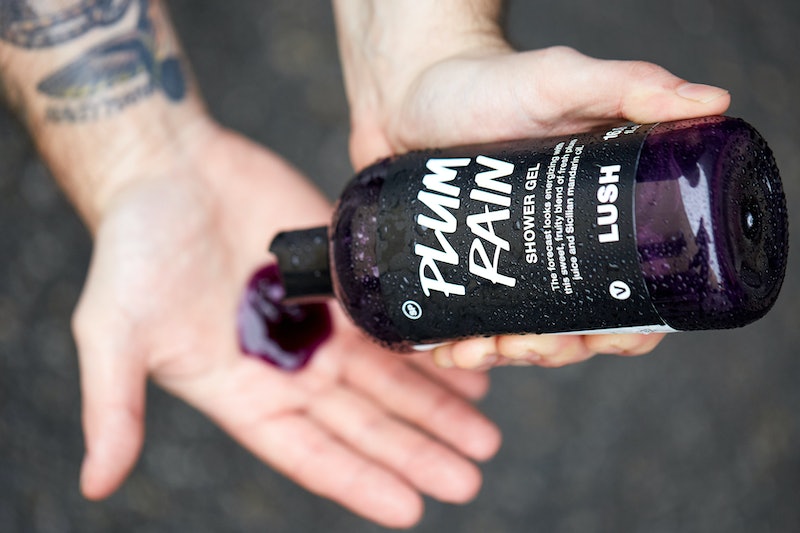 LUSH has turned itself into a cult-favorite company thanks to its luxurious soaps and bath bombs, inventive new launches, and that heavenly scent that wafts out of its stores as you walk by. But there's more to love — LUSH also has an ongoing commitment to supporting conservation efforts and being an environmentally conscious brand. In its latest mission to reduce its waste, LUSH is turning plastic pollution from the ocean into its packaging.

The company just partnered with Ocean Legacy Foundation to collect 27 tons of plastic from the ocean and shorelines of Vancouver Island in British Columbia, Canada, near Lush's Vancouver headquarters. Now, that plastic waste is being converted by Urban Resource Group into plastic pellets. Those plastic pellets are then combined other post-consumer waste to become the 100 percent recycled bottles and black pots that become home to your favorite products (while they last, that is).

This isn't the first time LUSH has gone above and beyond with its commitment to the ocean. Last month, they encouraged people to "get naked" to raise awareness about wasteful over-packaging, and they also revived their shark fin soap on World Ocean's Day to donate proceeds to the late Rob Stewart's foundation for ocean conservation. It's a mission that's important to them: According to the brand, more than eight million tons of plastic are dumped in the ocean every year, five trillion individual pieces of plastic are estimated to be floating in our ocean, and more than a million seabirds and over 100,000 marine mammals die every year from plastic.

Here's a snapshot of the LUSH and Ocean Legacy Foundation teams in action during their clean-up efforts.

Supporting LUSH's efforts to make an impact on those startling numbers is as easy as treating yourself to a new something-something next time you pass by (and, of course, being conscious of your own effects on ocean conservation, too).

In the words of Juno, get a whiff of those sparking top notes. Mandarin and plum make any shower a little bit sweeter.

I'm officially convinced that I need to try one of these wiggly little shower gels.

Despite the name, this shower gel will leave you squeaky clean.

In addition to the environmentally friendly packaging, 100 percent of this lotion goes toward grassroots charities.

More like this
10 Shower Products That Have Gained Fame On TikTok
By Audrey Noble
The 9 Best Vagina Hygiene Products, According To ShowerTok
By Carolyn Steber
42 Black Owned Fashion & Beauty Brands To Support Today & Always
By Mekita Rivas, Shea Simmons, Kui Mwai and Dominique Norman
John Legend's Loved01 Skin Care Line Is All About Accessibility
By Carolyn Steber
Get Even More From Bustle — Sign Up For The Newsletter
From hair trends to relationship advice, our daily newsletter has everything you need to sound like a person who’s on TikTok, even if you aren’t.