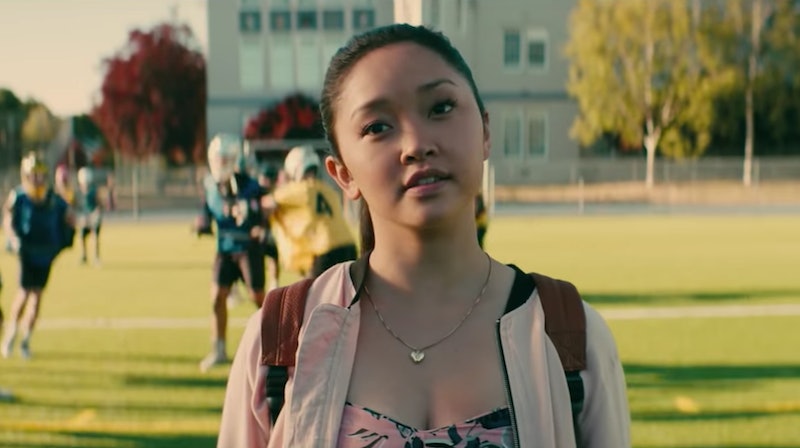 The company may never give us an exact number, but it will let us know that a lot of Netflix viewers watched To All the Boys I've Loved Before. Like, a lot. According to Variety, Netflix shared on Tuesday that To All the Boys was one of its “most viewed original films ever with strong repeat viewing.” Netflix's Q3 earnings report also reportedly revealed that more than 80 million subscribers watched the original rom-coms the streaming service released over the summer.

Netflix said it was going to bring back the great genre that is the romantic comedy this summer, and wow, Netflix sure did make good on that promise. When The Kissing Booth premiered on May 11, it ushered in a wave of Netflix original rom-coms. A successful, well-received wave. According to Deadline, Netflix programming chief Ted Sarandos called The Kissing Booth “one of the most watched movies in the world right now” later on that month. Netflix’s summer of love was off to a good start.

The company apparently had a feeling this might happen. In August, Netflix director of original films Matt Brodlie told Mashable that the streaming service noticed customers wanted to watch romantic comedies, but, as has been said time and time again, the genre has been experiencing a serious drought for the last several years. So, the company decided to create some romantic comedies. Brodlie explained,

“Because we’re Netflix, we were able to see that people around the world had been watching a lot of rom-coms in our catalog. And putting two and two together, people enjoy watching them, there aren’t a lot of them out there, so let’s jump in and get into this genre that seems to be really enjoyable for a lot of people.”

The summer of love is over, but that does not mean Netflix’s rom-com run is through. In the aforementioned Mashable interview, Brodlie teased,

“We're going to make it a life of romance, not just a summer. You should definitely watch this space for more of them after the summer's over. For sure.”

You hear that, Reese Witherspoon? There's plenty more Netflix original rom-com goodness on the horizon. As Variety noted, Netflix said on Tuesday that the company already has “the next set of original rom-coms” in the works.

Rejoice, fellow rom-com fans with access to Netflix. The streaming service is going to keep giving us the rom-com-tent we crave.