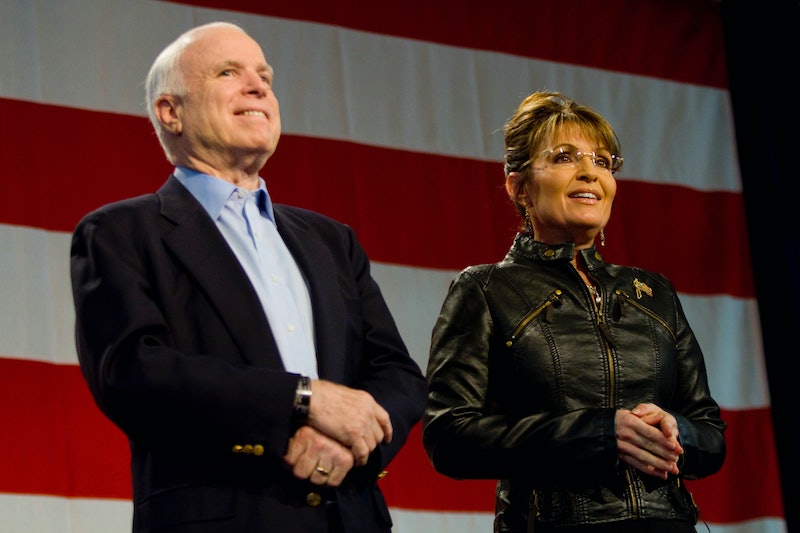 With a number of women running for the Democratic presidential nomination in 2020, many of the male candidates have faced questions about whether they would choose a woman for their running mate, were they to win the nomination. It's necessary to remember that the idea of a woman on the presidential ticket is — even today — still fairly groundbreaking. And throughout American history, the number of women running mates there have been is far lower than that of women Democratic primary candidates in 2020.

In 1984, Geraldine Ferraro became the first woman nominated as the vice president of a major party, when Democratic presidential nominee Walter Mondale selected her as his running mate, according to History.com. Ferraro, as History.com wrote, had become well known for her advocacy on behalf of women's rights during her time in the House of Representatives. The Mondale-Ferraro ticket fared poorly in the general election, however, losing to Ronald Reagan and George H.W. Bush in one of the country's biggest electoral landslides ever, according to The New York Times.

The United States would have to wait another quarter century, however, before another woman turned up on a major party ticket. That moment came in 2008, and it came as a major shock to many people watching. The day after Barack Obama officially accepted the Democratic Party's nomination for president, John McCain announced his selection of then-Alaska Gov. Sarah Palin as his running mate, as Reuters reported at the time.

Reuters' report explained that many saw McCain's choice of Palin as a move to potentially pick up some of Hillary Clinton's primary supporters, as she had only bowed out at the last minute after a hard-fought primary. Like Ferraro, though, Palin would not go on to become the vice president, as Obama and Joe Biden won in 2008. Now, commentators have noted that Palin was one of the first politicians on the national stage to employ a similar populist style as President Donald Trump does now — and McCain eventually admitted to regretting his choice of running mate, according to The Guardian.

These campaigns are all in the past, of course, and those hoping to see more women's names on presidential tickets are right to look to the future. Given the number of strong woman candidates running in the Democratic primary, one of them may just end up as the presidential — or vice presidential nominee — with or without a pledges from the male candidates to choose a woman as a running mate.