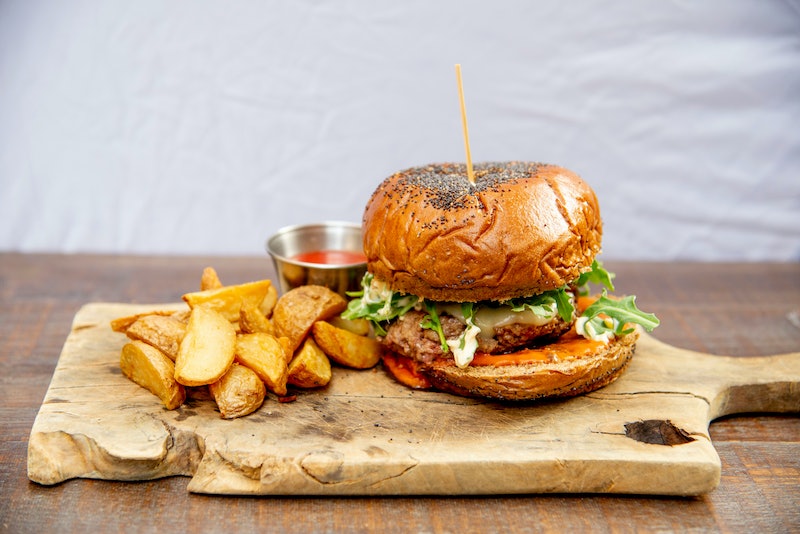 Have you been feeling off lately? Not able to think clearly or communicate properly? Perhaps it’s because Mercury is in Retrograde. Or you’re just hungry. Either way, you’re in luck because DoorDash released a list of the most popular food during Mercury Retrograde, based on orders during 2019 Mercury Retrograde, and it is a smorgasbord of cheesy, carb-y, goodness.

If you’re currently asking yourself “Is Mercury in Retrograde?”, there is a website created by Kate Trgovac that answers the question in the most straightforward way. (There’s also a helpful and hilarious FAQ page the encourages visitors to “exist at your own risk” while Mercury is retrograde.) If your world is too wonky to Google it yourself right now, Mercury is indeed retrograde. The first Mercury Retrograde of the decade began on Feb. 18, 2020 and will end around 8:48 p.m. PT on Mar. 9, 2020. So, you’ve got a few weeks to blame the planetary alignment for general strangeness and stock up on goodies to soothe your soul in the meantime.

Here are the ten most-ordered items during Mercury Retrograde, according to DoorDash:

I’ll give you a moment while you collect yourself and wipe the drool off your screen.

Per DoorDash’s data, we tend to go for the savory stuff when Mercury appears to go backward in orbit. Understandably so. There is little that a mouthful of French fries can’t cure. However, if sweets are what you seek when the stars have you feeling sensitive, you're not alone. DoorDash also released a list of the top trending items when Mercury is in Retrograde. Chocolate chip cookies and ice cream both spike during periods of Mercury Retrograde with chocolate chip cookies seeing a 173% increase in orders. Bacon Cheeseburgers (+84%), Grilled Cheese (+77%), and Mac & Cheese (+15%) also made the list for food trends during periods of Mercury Retrograde proving that cheese is basically medicine. Even if you don’t abide by astrology, you must abide by the laws of cheese.

Who hurt you, Montana? Was it the moon? And you, Maryland? Have you also felt personally victimized by Mercury Retrograde? Well, it’s nothing some French fries, chicken nuggets, and a lot of cookies can’t fix.

If you’re looking for things to do and things to avoid during Mercury Retrograde, just keep calm and remember that you can’t go wrong with ordering in.