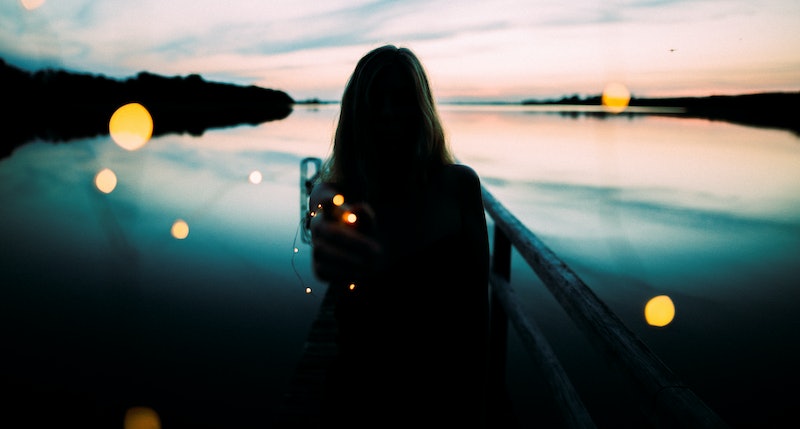 Mercury might be out of retrograde as of Sept. 5, but don't start celebrating just yet — because now, Mercury is in retroshade. If you're not familiar with the less spoken about term, it's a two-week period that occurs both before and after a planetary retrograde cycle (think of it as a buffer period while Mercury goes direct again) and, unfortunately, has similar negative effects. And because you're probably just barely making it out of this retrograde cycle alive, I know you know what I mean by "negative effects" — and you probably think that's putting it a bit too lightly. And you're right, it's totally unfair that after all the chaos of Mercury's retrograde, we have to be subjected to another two weeks of madness, #thestruggleisreal.

But after everything we've been through this last year together, another two weeks will honestly feel like nothing. While the constant struggle might have worn us down, it's also made us stronger. So now, there's literally nothing we can't handle — especially another two weeks of mishaps. Like, this entire year has been one giant mishap. We've already learned how to problem solve when everything goes wrong, all the time.

However, if you're worried about these next two weeks of retroshade, I don't blame you. It's good to be prepared for disaster, so here's a guide for how to best protect yourself, based on your astrological sign.

You might find that you're getting into more fights with your friends than usual during this time. They're just petty, surface arguments that you shouldn't get too upset over. Try to be patient and understanding with the people you love during this time to avoid fights.

You're prone to spacing out and day dreaming already, so during this time you might have even more trouble focusing and paying attention to non-creative work. On the other hand, this is a great time for you to practice your art, so if you can, find the time to do that creative work.

You might feel during this time that you're trying to move forward while everyone else is moving backward, and it's true. Everyone around you will be having trouble being productive so try to be understanding and don't let your temper get the best of you. In just two weeks, you'll be able to move forward.

Now is the time to be extra careful with your money. You might think that you need to make big purchases, but it's actually best to wait two weeks until this retroshade period is over to buy anything. If you still want to make a big purchase after retroshade is over, go for it. But chances are, the impulse will have passed.

You're great at communicating, but Mercury's motions make everyone else's communication terrible. So try to have some patience, chances are that during these two weeks people are going to be slow getting back to you. If you have an important email to send, you honestly might be better off waiting until retroshade is over.

If you have a leak that you've been putting off repairing, you might want to take care of it before it creates a bigger issue. Small household issues will become disasters during this time if they're not handled properly.

You've been thinking about doing something expensive. Maybe it's a trip, maybe it's a move, maybe it's a generous gift — whatever it is, wait until retroshade is over. There's a good chance that you'll have some issues with the purchase if you try to make it during retroshade.

Everyone in your office is lagging during retroshade. This is your time to stand out for your natural ability to be extra vigilant. Triple check your work and take this opportunity to shine.

You might be feeling extra unbalanced and confused during this time. Try to make time for meditation and daily relaxation — otherwise, you might get very overwhelmed.

You probably have a big urge to do something naughty... but trust me, the urge will pass. So before you create a secret you wish you didn't have to keep, stop yourself. Write about it in your journal to reduce the thrill.

You might be super tempted to travel during this time, but travel plans are bound to get complicated. If you can, wait to purchase any tickets until after retroshade. Now's a good time for you to stay home and relax.

Though you're usually really good with keeping track of your belongings, you might lose track of your things during this time. Spend a little extra time paying attention to where you leave things. Literally take pictures of where you put things with your phone if you need to. You're not losing your mind, it's just Mercury in retroshade.