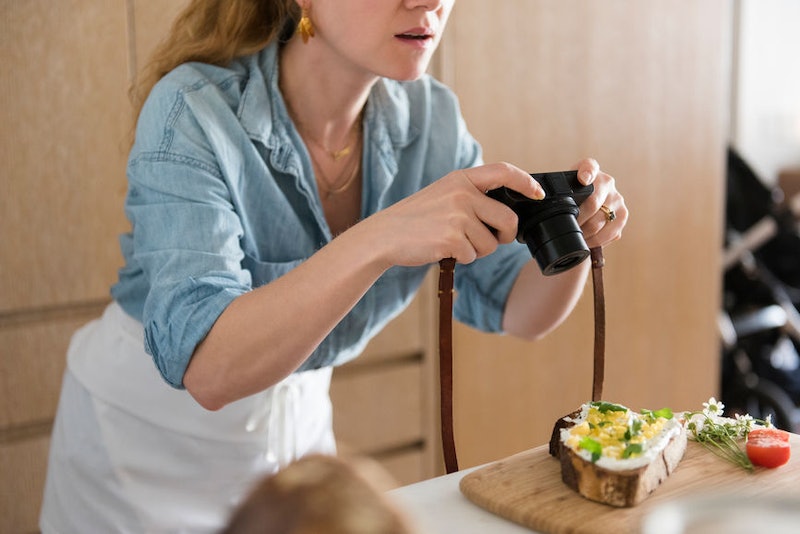 Diving into the murky world of influencing is a real eye-opener — and not just because of the surprising amount of money that some individuals can earn. But being able to shape people's spending habits has its pros and cons. One major tip for wannabe influencers is to pick your platform wisely. A new survey has revealed just how much UK influencers are paid — specifically those who still run a blog. The results? Well, they might not want to quit their day jobs just yet.

The UK Bloggers Survey 2019 sent out a bunch of questions to 7,500 bloggers in the UK. Only 787 usable responses were received, so the following answers can't be relied upon too heavily. But they do indicate how influencing isn't always as lucrative as some imagine.

On average, 30 percent of bloggers said they were likely to charge between £100 and £250 per post. A similar amount of respondents (27 percent) reduced this figure to just £100. Surprisingly, eight percent said they tend to charge nothing when advertising or collaborating with a brand. (It's unclear if these bloggers received freebies instead.)

Although Instagram has arguably overtaken old-school blogs, a select few bloggers said they were still able to charge pretty high fees. Six percent claimed an estimated figure of £501 to £1,000 per post while two percent have been raking in more than £1,000 from each and every opportunity.

In total, the survey found that over a quarter of all content published on a blog is "compensated for in some way." The most highly paid sectors were fashion and beauty and food and drink blogs. However, the number of fashion and beauty blogs is in decline — potentially due to influencing in this area being more popular on Instagram.

A difference between male and female earnings was also noticed. Men were almost three times as likely to charge zero for posts but were also nearly twice as likely to set a price of £1,001 or more.

If you weren't already aware, Instagram-based influencers can earn a hell of a lot more. As soon as they hit the 10,000 follower mark, they can charge around £100 per post, creative director of influencer marketing agency WaR, Kat Richardson, told the BBC. This figure increases way beyond what the average UK blogger appears to be earning with followings in the millions earning six figure sums.

Of course, getting paid to post photos and reviews isn't all fun and games. As Man Repeller reports, this form of side hustle can quickly become a 24/7 job, requiring serious dedication and eating into every aspect of a person's life.

There are also legal implications to consider. All influencers — no matter which platform they choose to base themselves on — must abide by newly tightened regulations. If a post has been paid for or incentivised by a brand in any way, it is the influencer's responsibility to disclose this to their followers and readers.

There's no specific law dictating how to do this, but most influencers use an #ad hashtag or include a line at the top of a blog post acknowledging a brand relationship. Breaking these rules can lead to prosecution, writes the Competition & Markets Authority.

For now, I think I'll stick to my measly few hundred-strong following. It certainly seems a lot simpler.