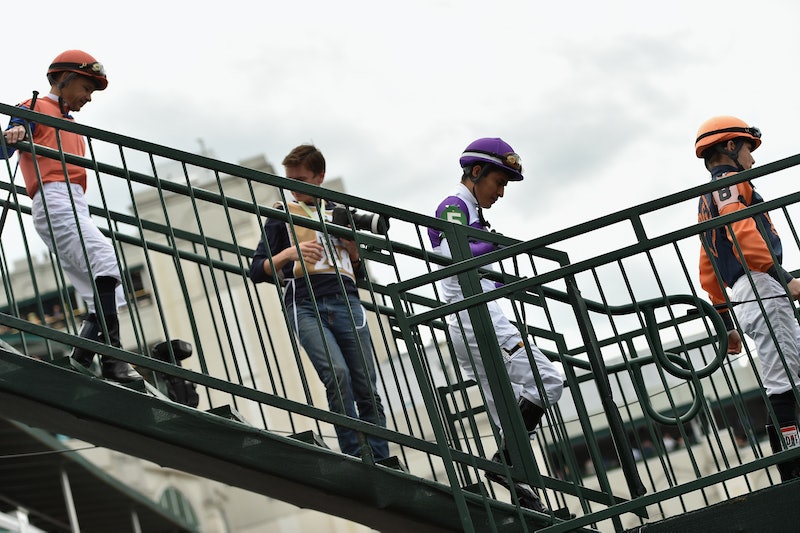 Football players are asked to bulk up, and baseball players come in all shapes and sizes, but the physique of a jockey — the people who race horses professionally — depends not on muscle mass, but height and weight. In the horse racing world, the smaller the jockey the better, so that the horse won't have to carry around much extra weight as its racing toward the finish. And in the annual Kentucky Derby, the weight of jockeys is carefully monitored.

Jockeys are overwhelmingly men, with women representing only 10 percent of professional riders. So the weight requirements take a specific toll on male riders, who tend to outweigh women. According to a 1995 study on jockeys' health, 30 percent of jockeys turn to bulimia for weight management, 69 percent skipped meals, 34 percent used diuretics, 67 percent sweated water weight off in saunas and 14 percent took laxatives. Bulimia has become so pervasive, according to the study, that many tracks have "heaving bowls," or large toilets that are built to handle frequent vomiting.

It's strange, then, that women don't have a bigger presence in the sport. Typically shorter and slighter than men, women wouldn't, perhaps, need to turn to such dangerous habits to meet the weight requirement, and instead could still maintain a healthy diet while competing.

So in other words, jockeys are well below the average weight for Americans, and in most cases are well below the healthy standards for weight. Although shorter riders don't have to deal with it to quite the same extent, each person who chooses to ride professionally has to make a lot of personal sacrifices (and by that I mean having to stay away from likely all of my favorite foods) to be able to compete in the sport that they love.