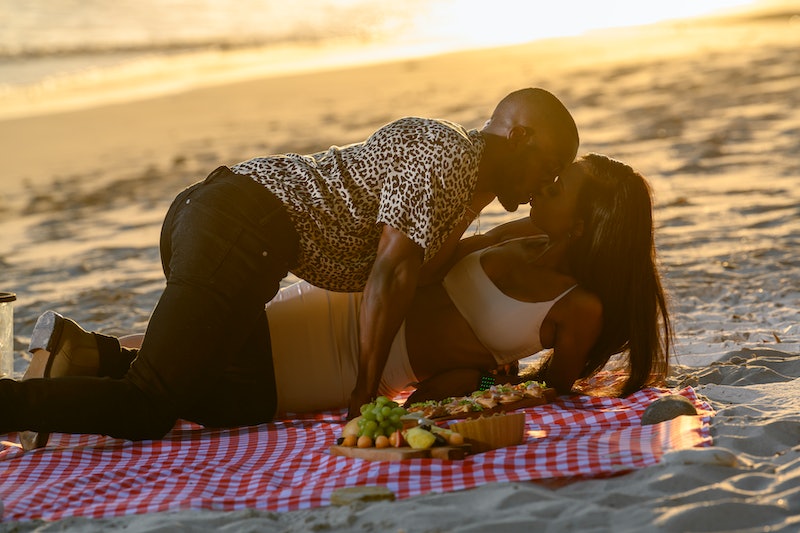 On Netflix's new dating show, Too Hot to Handle, a group of very attractive (and perpetually available) singles arrive in Mexico for what they think is a sexy vacation. What they don't know until they get there is that they'll have to choose between some of the most basic human desires: sex and money. The group is collectively awarded $100,000, which they can split in full at the end of four weeks — provided that they can keep their hands off one other. Every time they give in to any form of sexual gratification, from kissing to penetrative sex, money is deducted from the pot for the whole cast.

And sex ain’t cheap. A kiss costs $3,000 and the prices only get steeper as the emerging couples round the sexual bases. One couple's oral sex racks up a $6,000 bill. When another pair spends the night together, fooling around but still avoiding sex, they're docked $16,000. Penetrative sex is hard to justify at 20 grand — a fifth of the starting jackpot.

But Too Hot To Handle isn't just about pitting a contestant's desire for sex against his or her desire for money. It's a tragedy of the commons. The entire group would be financially better off if everyone just abstained from any sexual behavior, but individuals behave selfishly anyway, either because they aren't concerned about the money or because, to them, it's worth the price. A kiss might cost the whole group $3,000, but when divvied out among them, it's much less for the offender.

Which means the show is less of a dating game than a social experiment, inverting the principles of most dating games. The audience isn't rooting for hook-ups, but against them. The goal isn’t necessarily to find love, but to see if the group will cooperate with the show's economic incentives. On Too Hot, making out with a beautiful stranger in a beautiful villa in a luxury resort in Mexico isn't the apotheosis of holiday romance; it's just plain selfish.