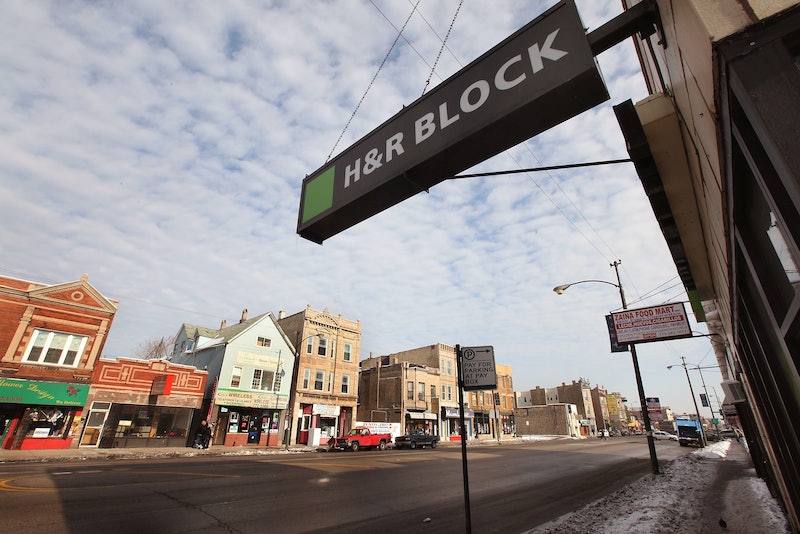 For millions of people across America, the day your tax refunds come back is cause for celebration. After all, who doesn't like getting hundreds — or even thousands — of dollars back in your pocket? After President Donald Trump's 2017 tax changes, though, tax refunds are much lower this year, according to IRS documents.

As of March 30, 2018, the IRS had given back $212.3 billion worth of tax refunds in 2018. As of March 29, 2019, however, the agency had only refunded $206.1 billion. That's a decrease of 2.9 percent, according to the IRS' recently released 2019 filing statistics. The statistics also show that fewer people have sent in their returns at this point compared to 2018, which means that the IRS has also processed fewer returns. Notably, whereas the amount of money sent back in tax returns decreased by 2.9 percent, the number of people receiving tax returns is only down by 2.2 percent — which means that the returns themselves are smaller on average. According to IRS documents, the average tax refund in 2019 is $2,873, compared to $2,893 in 2018 — but remember that this is an average, and some people are feeling it much more substantially.

Earlier data on 2019 tax refunds was showing an even darker picture for those who expected significant returns in the past, according to IRS material from early March.

As of late February, the average tax refund was down a full 17 percent from 2018, as Politico reported. The administration has a good explanation for this, however. The new tax code allows people to overpay less throughout the year, meaning that the government owes them less after they file their tax returns.

"Most people are seeing the benefits of the tax cut in larger paychecks throughout the year, instead of tax refunds that are the result of people overpaying the government," a Treasury Department spokesperson said in a statement, according to Fortune. "Smaller refunds mean that people are withholding appropriately based on their tax liability, which is positive news for taxpayers."

This isn't the case for everyone, however — some people aren't receiving any tax refunds at all for the first time in their taxpaying lives, according to NPR.

Victoria Pearl Wright, for example, told NPR that she was expecting a refund of more than $5,000, as she and her husband had received in the past, and she planned to use it to help cover expenses while she took maternity leave — but then she ended up owing money instead. Wright said that she and her husband paid more than they had in previous years — putting her in the approximately six percent of households whose taxes actually went up because of the tax law. The new law changed the tax brackets for millions of people, and 2019 is the first year that people are seeing the true effects of the law in action.

In a completely rational world, Nobel laureate in economics Richard Thaler told NPR, the slightly higher salary throughout the year would make people just as happy as a refund. The fact is, though, that many depend on their tax overpayments — and then refunds — as a sort of government-mandated short term savings plan.

"People like refunds," he said. And now, because of the Trump tax plan, millions of people have smaller refunds.