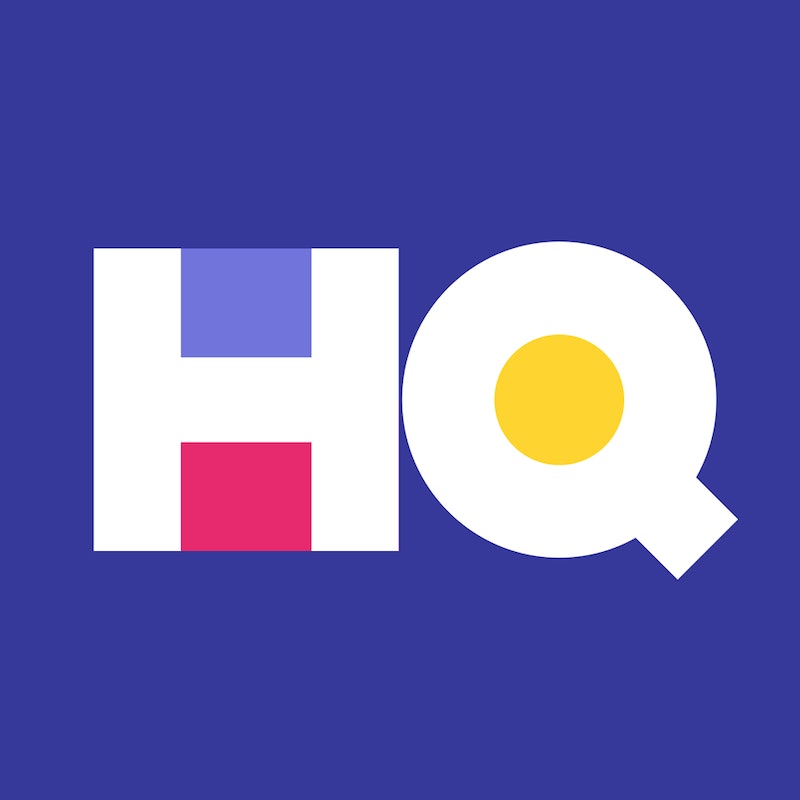 The newest app craze is HQ Trivia, a multiplayer game that anyone with a smartphone can compete in twice a day and win some cash. How much money you can win on HQ Trivia depends. The pot can often grow much larger than even the app's creators would expect, and people win every single day. HQ Trivia goes live twice a day, once in the afternoon and once in the evening. The game knocks users out once they've answered incorrectly. If you enter the game late, you're able to watch the round happen, but not compete in it. Most of the time, the HQ Trivia pot is around $250 per person, but it's been known to reach up to way more, according to the app's Twitter account.

Want to win the big HQ Trivia jackpot? You need speed, accuracy, and a little luck. Now, most people tune in to play twice a day. If you don't have a ton of time - a full game runs about 15 minutes - and you just want to jump in when you have a chance to win big money, you aren't alone. The HQ Trivia Twitter account posts updates when there are notable jackpots available. If you're interested in playing a live trivia game against 20,000 other users simultaneously and winning potentially thousands of dollars, you'll want to play both rounds every day.

As of Dec. 3, the highest recorded HQ Trivia jackpot was a cool $8,500. Imagine that! Winning luxury vacation, pay back a student loan, rent-for-a-long-time, whatever-you-want money from 12 multiple-choice questions through a trivia app on your phone. The way the game is structured, though, players that make it through to the end get to a jackpot, but not necessarily the jackpot. There can be more than one winner, but there's only one grand prize, meaning everyone who makes it to the end of HQ Trivia splits the pot. When the pool of winners is smaller, the individual jackpot is larger. Most of the time. Time reports that the average overall HQ Trivia jackpot is $1,000, and the tougher challenge days can distribute as much as $250 per winner.

Again, that's not always the case. Business Insider showed an example of what happens when a player makes it all the way to the end of HQ Trivia and is able to collect their winnings. On Nov. 28, for that player and that day, the jackpot worked out to just over $8 per person. That's still better than no money at all, and the jackpots are quickly increasing. The game debuted in August 2017, where the average jackpot was $100 total. That ballooned to $250, and the daily jackpots are often in the neighborhood of $1,000. The $8,000 pot was only reported one time, before the $8,500 announcement but as HQ Trivia's popularity skyrockets, it seems as if the payout will too. In order to win, users need a functioning PayPal account. That's the only way they're able to cash out their winnings. The PayPal service charges $.50 per quick transaction, so you'll either have to pay to receive your winnings ASAP, or wait the regular grace period to receive them. But what's 50 cents once you've swept 12 multiple choice questions and won a grand or eight, right?

Of course, nothing gold can stay. The app's increased popularity and chance of lottery-sized winnings mean that people are already trying to hack it. Not hack into the app, exactly, but cheat the game; Polygon reported users are in the process of testing bots (or similar programs) that beat the HQ Trivia algorithm. Moving forward in the game is based on accuracy and speed, so if players are going to beat future bots to the pot at the end of the trivia rainbow, they need to be prepared. So, go study up! There's always a next game starting soon.

More like this
Watch Emma Raducanu’s Incredible Response To Her Early Wimbledon Exit
By El Hunt
Prince William Reveals Charlotte's Hidden Talent In Ultimate Proud Dad Moment
By El Hunt
What Is the Net Worth Of Each 'Stranger Things' Season 4 Cast Member?
By Hugh McIntyre
Howard Stern's Net Worth: Is He The Richest Man In Radio?
By Hugh McIntyre
Get Even More From Bustle — Sign Up For The Newsletter