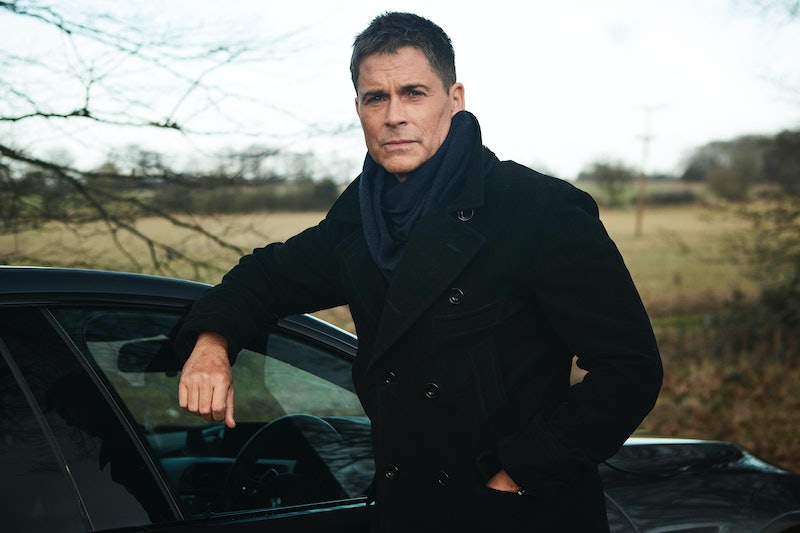 ITV's latest drama Wild Bill tells the fish-out-of-water story of U.S. police chief Bill Hixon, who relocates to the UK after being appointed the Chief Constable of Boston, Lincolnshire. The high-flying American cop arrives in Blighty alongside his teenage daughter, and despite preparation, Hixon's new role proves to be much more intense than he anticipated. The cast of the new series is headlined by Hollwood's very own Rob Lowe. But how much was Rob Lowe paid for Wild Bill?

Well, the details of Lowe's Wild Bill pay check have so far been kept private. However, I have reached out to ITV for comment and will update with any new information once it becomes available. As reported by iNews, the police comedy-drama arrives on ITV1 at 9 p.m. on Wednesday June 12, and an official ITV synopsis of the new series reads, "When high-flying US police chief Bill Hixon lands in Boston, Lincolnshire, with his 14 year-old daughter Kelsey in tow, he's hoping they can flee their painful recent past. But this unfamiliar, unimpressed community will force Bill to question everything about himself and leave him asking whether it's Boston that needs Bill, or Bill that needs Boston?"

According to the Radio Times, the ITV series stars Rob Lowe as Bill Hixon — the new Chief Constable of the East Lincolnshire Police Force. When previously discussing his Wild Bill character, the 55 year-old actor revealed, "The character is so American so that can bump up against a proper British sensibility. For an American he is abrasive — even for an American — and direct and ambitious and hard-charging and he doesn’t suffer fools at all."

The series will run for a total of six weeks, and each episode will centre around a different case. In an interview with the Express, actor Divian Ladwa shed more light on what viewers can expect from Wild Bill. He said, "The cases will be individual cases per episode. There’s also an overall arc. I think it will probably maintain that tone and I think when it gets serious, it gets really serious and lots of lovely comedy here and there. It’s nice to have those comic relief moments happen."

Show-runners Jim Keeble and Dudi Appleton also opened up about the new series in an interview with The Sun, and revealed that the script was written with Rob Lowe in mind. They said, "Wild Bill gives us a chance to write about modern Britain and modern crime through unique eyes. We wrote this for Rob Lowe, for his smart-talking, anarchic, soulful voice. Displacing Rob in Brexit Britain and specifically in Boston, Lincolnshire allows us to tell stories that are left-field and unexpected."