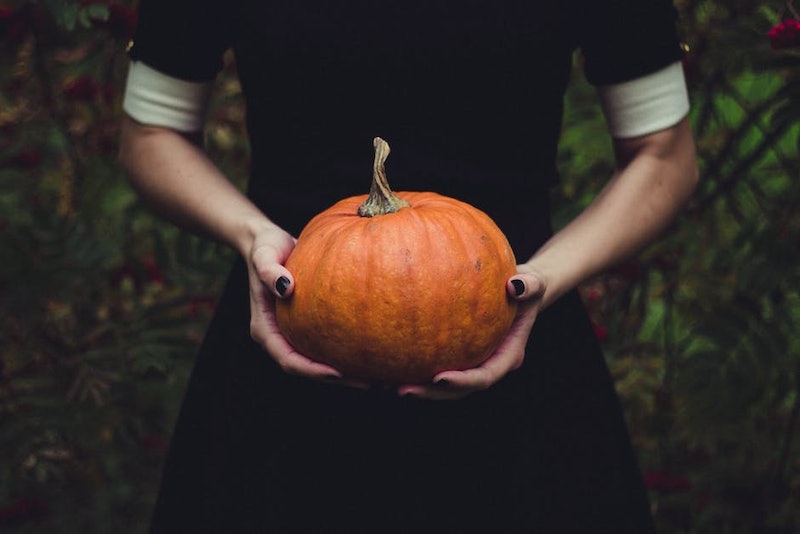 Humor me for a moment, and try to think back to where you were in 2006. If you also unwittingly conjured a bunch of images of frizzy hair, braces, and angsty sing alongs to Taylor Swift's "Teardrops On My Guitar" in the back of your mom's minivan, then you're not alone. Why, you may be wondering, did I just take you on a journey back to your pimple-ridden, t-shirt layering, pre-Gossip Girl youth? Because if you're wondering how often Friday the 13th happens in October, you should first wrap your mind around the fact that we haven't had one since 2006 ... and according to my good friend math, that means this is the first one we've had in eleven years.

But why, exactly, is it so spooky to have Friday the 13th happen in October than any other month? It's not just because it's rare — it's because one of the more popularly documented origins of the superstition took place on October, Friday the 13th.

A medieval society known as the Knights Templar were arrested on Friday, October 13, 1307 by French King Philip IV; the Knights Templar, a group of mostly unmarried men, were paid handsomely by Christian pilgrims for their protection during the crusades. Apparently they amassed enough of a fortune that when King Philip IV was low on funds himself, he initiated the arrest of hundreds of them on the grounds of heresy, which is — well — bad luck if you're one of the Knights Templar.

This didn't stop people from theorizing that the knights were actually involved in shenanigans within the church, or they discovered legendary treasure, and all sorts of far more interesting fates. But despite their unfortunate arrests and the timing, more documented incidents of that particular Friday the 13th being an "unlucky" day didn't really start to stick until the 20th century, when authors began to reference it in their works (most notably The Iron King in 1955, and The Da Vinci Code in 2003). From there, the idea of October, Friday the 13th being a super spooky day instead of just a baseline spooky one seemed to take on a life of its own.

Friday the 13th may have been causing unease long before that particular one in October, though, because in Western superstition, both the number 13 and Fridays are considered historically unlucky; some people theorize that it may hark back to the Bible, as 13 people were at the Last Supper, and Jesus died on Good Friday.

As for the October factor, Knights Templar aside, October itself is a known ~spooky month~. A lot of the things we associate with Friday the 13th — superstition, magic, black cats (which are pure and good and must be protected) — we also associate with Halloween. It's kind of a psychological double whammy considering that alone; when you put the 11 year wait from the last one into the mix, it's no wonder people are more hyped about this particular Friday the 13th than they have been over others in recent past.

Whether or not you choose to acknowledge Friday the 13th this year, stay safe, y'all — and try not to let any French kings rob you of the cold, hard cash you pillaged and protected for.