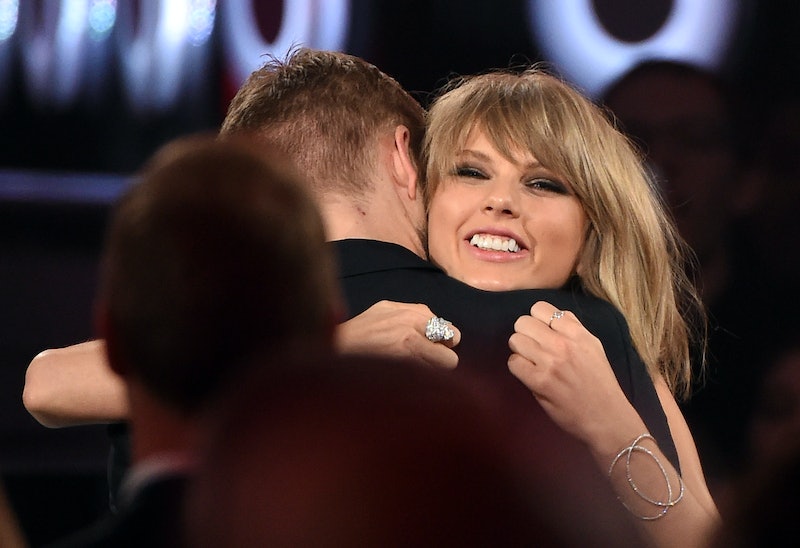 Another day, another Taylor Swift song full of clues. This time, Swift released "...Ready For It" early Sunday morning after teasing the breezy song during Saturday Night Football. A showdown that was supposed to be about Alabama Vs. Florida State quickly became all about Taylor Swift fans fighting the urge to play the one-minute preview of the new song over and over again until the full version was released. Now that it's here, one lyric stands out. Swift sings "Younger than my exes but he act like such a man so" ... so, just how old are Taylor Swift's ex-boyfriends?

Now, it's been widely speculated that Swift's new song is about rumored boyfriend Joe Alwyn. They were recently photographed grabbing coffee together and sources close to her have started confirming their happiness. Now that would mean that the age she's comparing her exes to is about 26, which would firmly rule out the question that someone always asks when Swift sings about a dude: No, this is not about Harry Styles. The man is 23 years old.

This leaves Swift's two most recent exes, Calvin Harris and Tom Hiddleston, both of who are in their 30s (Harris is 33, while Hiddleston is 36).

What this means is that the new, harder Swift is making the oldest quip in the book — the one so many women before her have made about new boyfriends at brunch. She's taking one last stab at her boyfriends past by pointing out just how much of a man her new boyfriend is, even though they're older and should know better.

I know the Old Taylor is supposed to be dead, but it just seems like she's maybe learned a few new tricks.