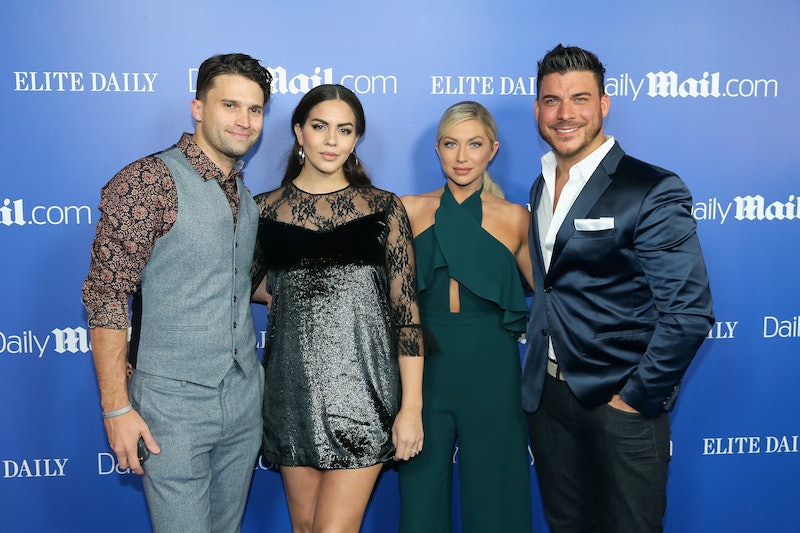 Season 6 of Vanderpump Rules has started with a bang and with all of the drama currently happening with the cast, it is hard to believe that they were once fresh-faced babies just looking to get their faces on Bravo. So, how old is the Vanderpump Rules cast today? Season 1 of the series debuted way back in 2013. A lot has changed and everyone's favorite SURvers are all grown adults nowadays (kinda), despite what some of their sometimes juvenile drama may suggest.

This crew has been through copious makeups, breakups, marriages and pregnancy scares. With everything they have all dealt with together, it kind of seems like they should all be about 70 years old, right? They have lived a lot in their few years on Bravo, orbiting around the West Hollywood dining spots where they've worked. Although everyone's hairstyles have matured for the better, Jax, Brittany, Katie, Lisa, Stassi, the Toms and the rest continue to rock timely fashions and remain cool enough to hang in the neighborhood. Luckily, it has become quite apparent that PUMPtinis and gossip may just be the Southern California fountain of youth, so these theatrical folks may just be young forever.

So, exactly how old are these Bravolebrities right now?

Hard to believe, but Stassi is almost at that big 3-0. To be honest, Stassi is one of the cast members who have matured and evolved the most over the six seasons of Vanderpump Rules. After all, she started out dating Jax and is now not dating Jax.

Despite his behavior, it is true that Jax is almost 40 years old. Perhaps this is why he gets so angry when James uses his "old man" nickname on him.

Sweet, beautiful and wonderful Brittany is right around the age of Jax's previous flame, Stassi.

Another cast member who has made a pretty impressive transformation over the years is Kristen. This season, she is just hanging out making witty comments about the craziness happening around her. It is pretty great to see. It seems like being 34 might have finally chilled Kristen out a bit.

Baby-faced James is the youngest of the bunch at 25 years young. He has time to mature, guys.

Lala may have had some not so awesome Vanderpump moments (who doesn't?), but there are times when Lala seems much wiser beyond those 27 years.

Ariana is definitely one of the cast members who act their age of 32 years. Sure, she can get goofy and show her fun personality but she also has a really solid head on her shoulders and seems to be immune to the pull of drama surrounding her.

Now that Tom has joined forced with Lisa Vanderpump to own his own bar called TomTom under her umbrella, he is officially a grown up. 34 years old is not a bad age at which to become a successful entrepreneur.

Katie is a married lady now, and at a round 30 years old.

Age doesn't bring confidence because at 35 years old, sweet Tom almost turned down the opportunity of a lifetime to open a bar with Tom Sandoval and Lisa Vanderpump. Luckily, he seems to have come around, and is getting ready to open TomTom's doors soon.

Queen Vanderpump is 57 years old. Just let that sink in. She's a golden goddess and a total boss. And with her maturity, she keeps her employees/children in line.

This Vanderpump cast has definitely evolved since the start of the series, and fans hope to still be watching them fight, hook up, and make money for years to come.