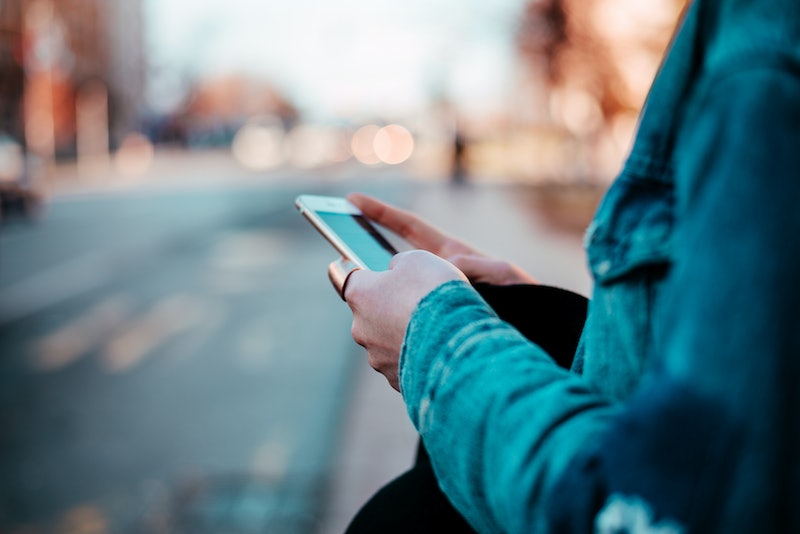 Emoji have found a place in pop culture and our hearts, adding the perfect touch to many of our conversations via smartphone and computer. They also, however, became instrumental in the most recent presidential election — so much so that one man decided to analyze how emoji are used to oppose Trump's policies on Twitter specifically. And the results? Well, to put it simply, they're fascinating.

After the executive order temporarily banning travel from seven Muslim-majority countries was announced, Hamdan Azhar, who founded the data journalism lab Prismoji, used Twitter APIs to look at around 60,000 tweets (not including retweets and duplicate tweets) to pinpoint the top 10 emoji for certain viral hashtags, including #NoBanNoWall (grouped with #NoMuslimBan), #NotMyPresident, #WomensMarch, and #TheResistance. Azhar went into more detail on his exploration into emoji in a blog post on Emojipedia.

"I realized that emojis have seeped far deeper into our collective consciousness than their Japanese designers could have foreseen in the 1990s. In a time of national crisis and despondency, could emojis be a way of expressing solidarity?" he wrote.

Sure enough, there was a great deal of overlap in the emoji people choose to use across various viral Twitter hashtags. While this analysis was limited in that it only looked at protest-related tweets, Azhar demonstrates that maybe there's more to the colorful little icons than we suspected.

These are the emoji that appeared as the top five across the aforementioned hashtags. Call them the Emoji of the Resistance, if you like. Because they have a message, and they refuse to be silenced.