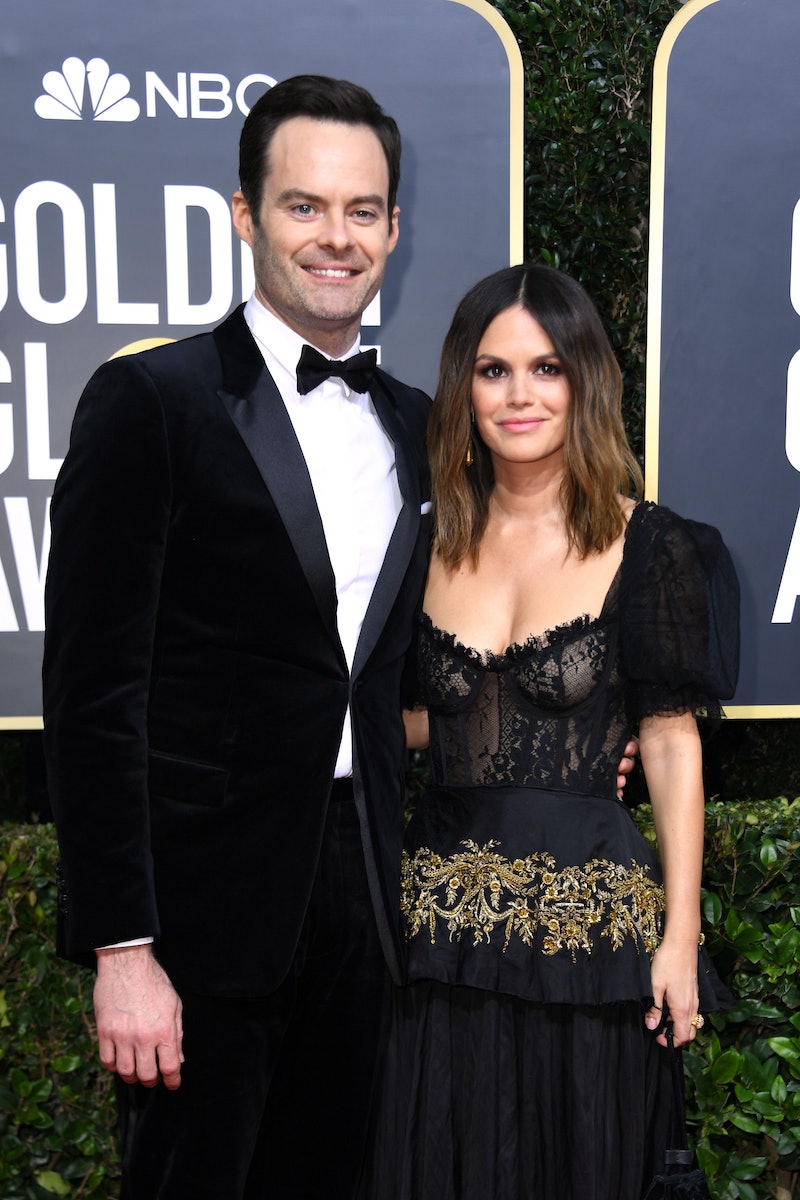 Bill Hader and Rachel Bilson are the hottest new couple in Hollywood, despite the fact that nobody saw this twosome coming. Showing up hand-in-hand to the Golden Globe Awards on Sunday, Jan. 5, many people were shocked to discover that the two actors were romantically linked. So how did Rachel Bilson and Bill Hader meet? As it turns out, the pair have actually been acquainted for quite some time.

While the two are now coupled up, they both got out of long-term relationships (somewhat) recently. Hader married writer-director Maggie Carey in 2006, and they share three daughters together. Bilson, meanwhile, was once engaged to Anakin Skywalker himself, Hayden Christensen. Though the two never married, they were involved in a nearly decade-long relationship that began in 2008, and had a daughter together in 2014. However, both relationships ended well before the Golden Globes. Bilson and Christensen called it quits in 2017. Hader and Carey also separated in 2017, and finalized their divorce the following year. Now, three years later, they've clearly both had enough time to heal and move on — together.

First, let's get out of the way where the two did not meet: At the 2019 InStyle Awards this past October. There have been some rumors going around that Bilson and Hader first met at this ceremony, which they both (separately) attended. This all started when Laura Brown, the editor-in-chief of InStyle, responded to the magazine's post about the couple's debut at the Golden Globes with, "They met at the @instyle Awards and you are welcome." While it's very possible that the two became reacquainted at the awards show, they actually met at least six years prior.

Hader and Bilson were co-stars in the film The To Do List, a coming-of-age comedy which was released on July 26, 2013. They even filmed a couple of scenes together, including an extremely awkward sex scene. But who was the person directing these cringe-worthy romantic moments? None other than Carrey, Bill Hadler's ex-wife, whom he was still married to at the time.

But outside of their Golden Globes appearance — and rumored mingling at the InStyle Awards — little is known about the couple. Reports on their relationship only began in the fall of 2019. The first was from November, when a Twitter user claimed to see the two on a date in Los Angeles, and the second was a TMZ report from December where the two were photographed together grabbing coffee in Tulsa, Oklahoma around Christmas. (Hader is from the area, and his family was also reportedly present for the coffee run, which suggests that the couple could have been spending the holidays together with Hader's family.)

While we don't know when Hader and Bilson began dating for sure, one thing is for certain: the twosome definitely knew each other long before their relationship blossomed (and the InStyle Awards).

More like this
Who Is Allison Williams Dating After Her Divorce? She’s Engaged With A Child
By Jake Viswanath
Keke Palmer Shares The Sex Of Her & Darius Jackson's Baby
By Jake Viswanath
Selena Gomez Confirms She's Single Amid Drew Taggart Dating Rumors
By Martha Sorren, Jake Viswanath and Jack Irvin
Selena Gomez Dismissed Trolls' Comments About Her Body After The Golden Globes
By Stephanie Topacio Long
Get Even More From Bustle — Sign Up For The Newsletter
From hair trends to relationship advice, our daily newsletter has everything you need to sound like a person who’s on TikTok, even if you aren’t.