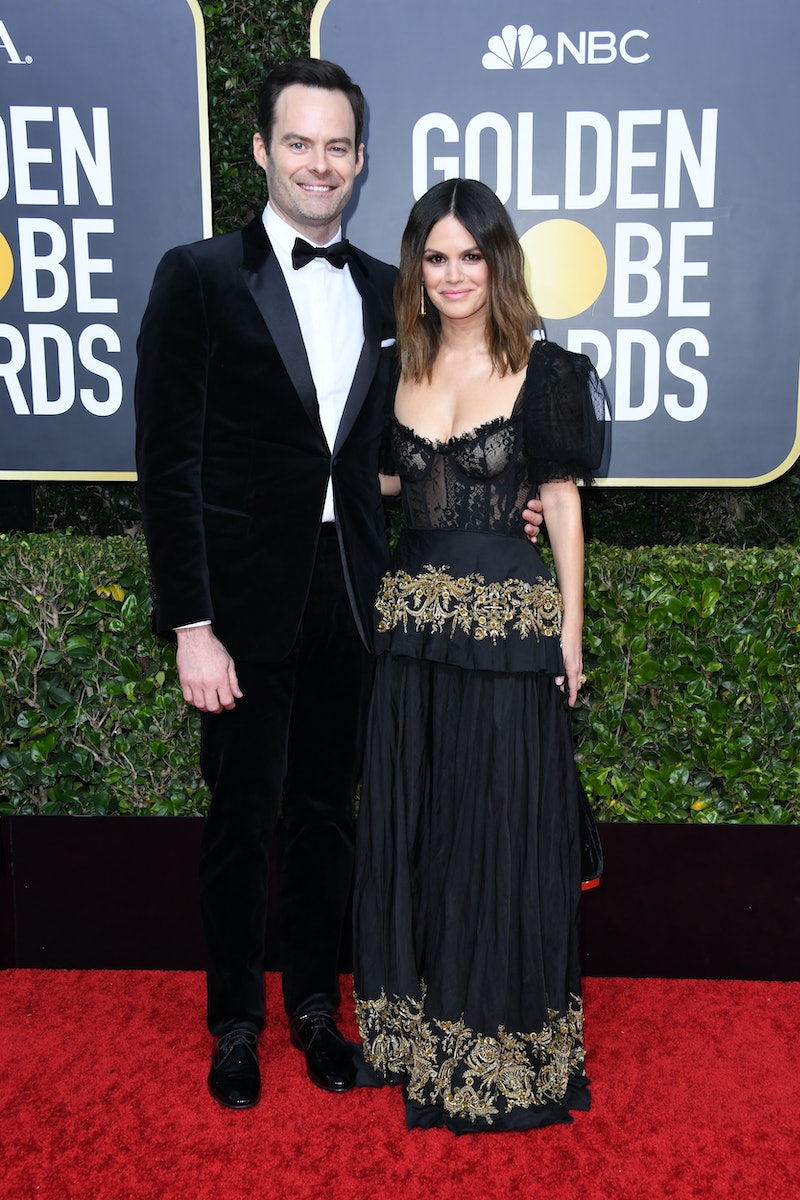 After an eyewitness sighting of their late December outing to an Oklahoma Starbucks sparked dating rumors, Rachel Bilson and Bill Hader made their red carpet debut at the 2020 Golden Globes on Sunday, Jan. 5. If their 2019 holiday trip wasn't enough of a clue that they were more than a casual couple, their date night to the Globes (where Hader was nominated for Best Actor in a Comedy) certainly removed all doubt.

While it's unclear when exactly they began dating, Bilson and Hader do have a history — as costars in the 2013 rom-com The To Do List. The SNL alum's then-wife Maggie Carey wrote and directed the movie, but they split in 2017 after 11 years of marriage. The exes share daughters Hannah, Harper, and Hayley.

Bilson also has a child of her own: 5-year-old daughter Briar Rose, with ex, actor Hayden Christensen. "She’s my world and I talk about her all the time," the O.C. alum gushed on a July 2019 episode of former Bachelor Nick Viall's podcast, The Viall Files, adding that she hadn't introduced her daughter to anyone she'd dated since Christensen. "It would have to be a very serious relationship," added Bilson.

Following that podcast interview, Bilson and Viall sparked dating rumors of their own. Sharing a photo with in the studio, Viall alluded to The Bachelor's Fantasy Suite in the caption, writing, "Will we choose to forgo our individual rooms..." For her part, the former Hart of Dixie actor responded, "he slid into her... dms #sheaccepted." More social media flirtation followed, and when Us Weekly asked Bilson in September if they were dating, she responded, "I don't want to talk about it." (Bustle previously reached out to Bilson's rep about the dating speculation, but did not hear back; Viall's rep declined to comment.)

However, all of that social media flirtation seems to have amounted to very little as Bilson posed with Hader on the Globes red carpet. Viall, of all people, attended the awards show with fellow Bachelor Nation star Demi Burnett.

While neither Bilson or Hader have technically confirmed rumors about their relationship, it seems like fans can rest assured that the rumors about Bilson and Viall are officially quashed.