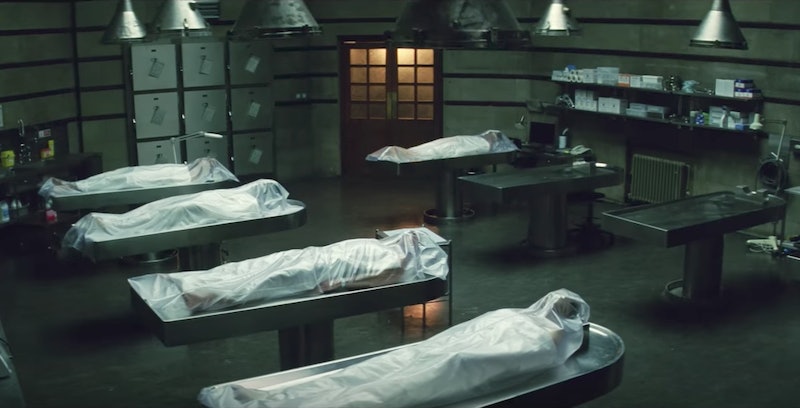 The Mummy made its official release on Friday June 9, and if you're looking for an eerie, action-packed movie to see this weekend, you've found your pick. But just how scary is The Mummy, really? Well, director Alex Kurtzman wanted to give fans a film that was sure to scare them, according to an interview he did with Den of Geek.

The Mummy has historically been considered a thriller, as far back as the first movie in the franchise's 1932 debut. And despite poor reviews, the new movie definitely gets some scares out of its audience. Explained Kurtzman in the Den of Geek interview,

The movies that, as a kid, affected me the most found an extraordinary balance between teasing horror, holding you in a state of suspense and then showing you some really, really scary sh*t. I love that and I love the challenge of that. And if you didn’t expect it from me and then felt I delivered something, that’s nothing but a compliment to me.

There's no doubt, Kurtzman was up for the challenge, and he wasn't not alone. Russell Crowe, who plays Dr. Jekyll in the new film, said that the movie is designed to "seriously scare the sh*t out of you,” according to an interview with Collider.

The Mummy follows a freelance explorer as he travels through an unforgiving desert, only to revive an ancient mummy played by Sofia Boutella. It may not be winning over critics, but it certainly has enough scary moments to freak out even the most skeptical fans.