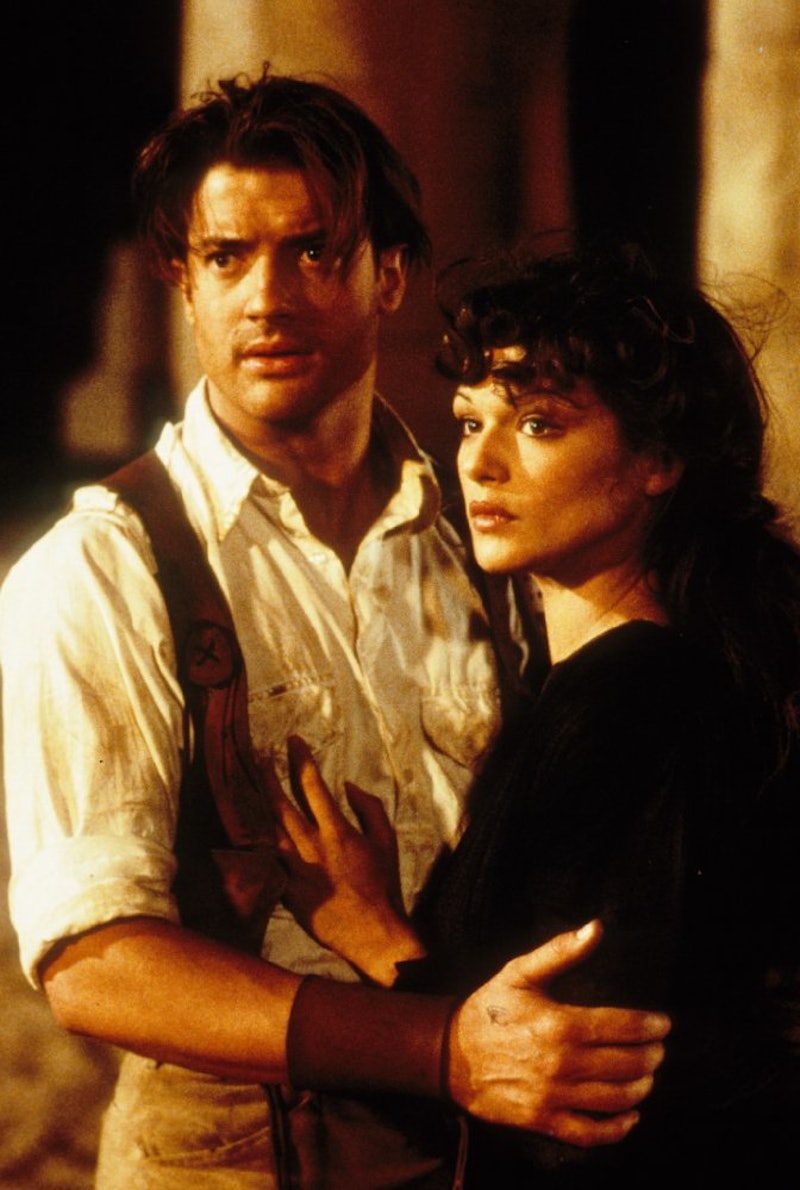 If there's one thing Hollywood loves, it's a good ol' reboot. The next reimagining of a classic franchise to hit theaters will be the revamped The Mummy, which updates the monster tale with state of the art special effects, a female antagonist, and Tom Cruise screaming in an airplane. But for people who grew up with the Brendan Fraser-led franchise, you may find yourself pining for a trip down memory lane, and wanting to learn where you can watch the '90s Mummy.

First of all, I feel like I should point out that the new Mummy film isn't trying to reboot the Brendan Fraser version. It's actually meant to be a reboot of the original The Mummy, which was released way back in 1932. The new movie is kicking off Universal Pictures' "Dark Universe," which is a cinematic universe populated with the characters from the classic monster movies Universal produced from the 1930s-1950s. In addition to the Mummy, future films will feature the Wolfman, Frankenstein and his Bride, the Invisible Man, Dracula, the Creature from the Black Lagoon, and more.

By rebooting this old franchise, Universal is basically pretending that the various reboots of the films that have been produced since the '50s don't exist. That includes Fraser's Mummy franchise, which was an action franchise rather than a gothic horror like the original, and also even includes 2014's Dracula: Untold, another action movie. If you take a look at the video Universal released recently to announce the Dark Universe, you'll notice that it features exclusively old films — without a Brendan Fraser to be seen.

Now, getting back to 1999's The Mummy, the movie unfortunately isn't streaming for free anywhere. The film was available to stream on Netflix last year, but it has since left the service, and it remains unclear when it will return. However, it does seem like it might come back to Netflix in the near future. The film currently exists as a page on Netflix's website, and is labeled as "new." However, there's no option to watch it, and it doesn't show up if you search for it. Does this mean the page is holding a spot for a future return, or is it just a holdover from last year? I don't know the answer to that, but it's worth keeping an eye on.

So really, the only way to watch the '90s Mummy is to either buy it outright or rent it online and stream it that way. You can pick it up from the usual suspects like Amazon and iTunes starting at $2.99 for the standard-definition version. And, in case you're curious, you can get the same deal on the 1932 version as well because you know what they say: You can never have too many Mummys.