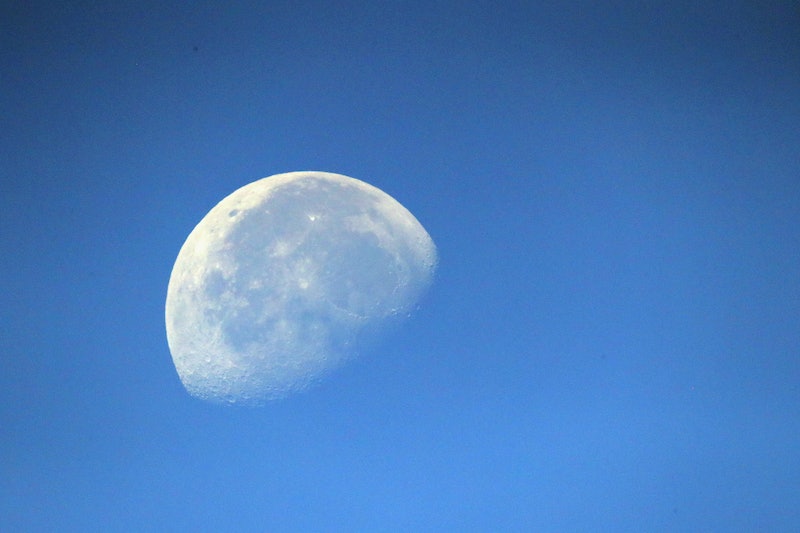 We're only a few days into August, but it's already clear that it's a huge month for astronomical phenomenons. Mercury retrograde is going on until about the middle of the month, and that's not all: five other planets are also currently retrograde. It's still Leo season, which is generally known as a bold, confidence-boosting time that's hard to ignore. Then there's the August super new moon, which also happens to be a partial solar eclipse. This partial solar eclipse is going to affect you, and everyone else, in all sorts of ways: it's a time for changes, new beginnings, and working towards accomplishing your biggest goals. But how does that apply to your life? The August super new moon will affect your job, and luckily, we have a rough idea of what exactly it's going to do.

A new moon brings with it a very specific energy. A new moon signals the end of one moon cycle and the beginning of another one. Therefore, it makes sense that a new moon symbolizes new beginnings for us here on Earth as well. It's a powerful energy that gives us the drive we need to move towards our futures and to start something fresh. It's also the perfect time to look back on the past and reflect on old goals. You can use the energy from the moon to figure out which goals you still want to pursue, and which you want to leave behind.

As you can probably tell, that kind of energy and focus can absolutely affect your work life. In theory, it seems like it could be great for you. But there's one problem this month: Mercury is in retrograde, which is going to mess up all of the positive vibes coming from the new moon. Mercury retrograde is a great time for reflecting on the past, but it's not exactly a great time to start anything new. What does this mean for you and your job? Speaking with Bustle, astrologer Lisa Stardust explains, "The super solar eclipse will bring old creative ideas, or notions, into focus at work. While it may be amazing to be able to put past visions into action, the issue arises from Mercury, who is moonwalking backwards at the eclipse point, which will make these matters slow to start, with several hiccups along the way. Many will want to start fresh — negotiations, partnerships, alliances, contracts, and business matters — however, it is not an ideal time, as Mercury RX will make people anxious and prove to make such matters faulty."

So what should you do to make the most of all of that new moon energy? Stardust says, "It is a good time to renegotiate a contract, ask for a raise or promotion, and revamp your responsibilities at work and the office — use the Mercury RX and eclipse to your advantage by changing up your current responsibilities."

Astrologer Linda Furiate also tells Bustle that this new moon will make us more creative. "When the sun and moon are in Leo, this is often a time when we feel more playful and optimistic. We may wish to be seen in a light that will allow us to step up and for others to take notice. With this super new moon, our sense of creativity and ambition to succeed may be heightened. This may seem like a super time to seek a promotion or ask for a raise. If you are in job that feels dull and boring, this newfound fire energy with the Leo new moon may offer a dramatic and self-assured sense that provides the confidence to seek a new path."

Basically, this is a time when you'll feel fired up to do pretty much anything — just be careful about it. You can take advantage of your creativity and speak up, but try not to do anything too drastic.