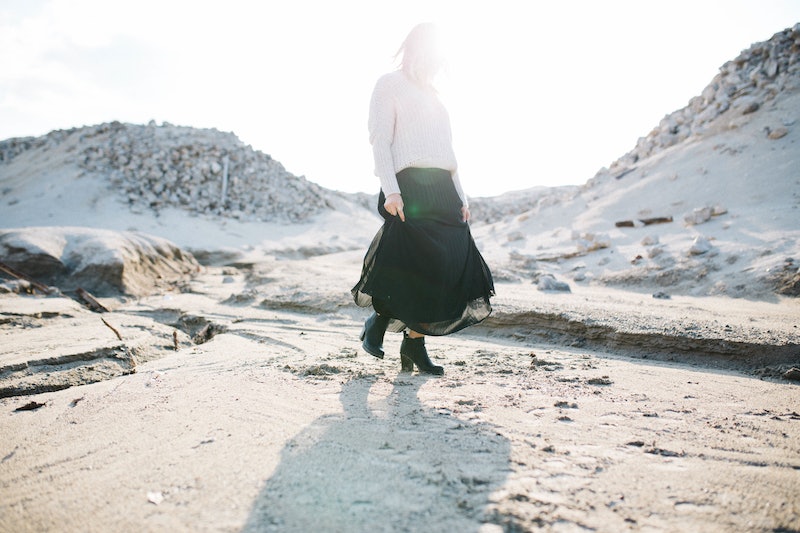 It all started with Marie Kondo. After discovering her book The Life-Changing Magic of Tidying Up, my mind was opened to minimalism. After looking into different aspects of this movement, I soon discovered how the benefits of minimalism can affect every area of your life, not just your closet.

When you think of minimalism, you might picture folks with capsule wardrobes consisting of monochrome shades, minimalist beauty routines, or stunningly simple home interiors. You've probably seen the many photos plastered all over social media that make minimalism look like a lifestyle that only people with extreme willpower and an aversion to shopping can lead. You might find it an inspiring, aspirational lifestyle, but feel like you have no idea where to start in making the transition to a way of life that appears to be somehow lacking in every area. But, when it comes to minimalism, less truly is more.

On the surface, the minimalism movement can be mistaken as superficial. The seemingly endless marble countertops, cacti in the corners of every Instagram photo, and the documenting of an ever-decreasing closet can seem to outsiders that so called "minimalists" have jumped onto a bandwagon and are milking it for likes and followers. Chances are, there will be a handful of people embracing minimalism because it's fashionable right now, but my inner optimist believes that the vast majority are into minimalism for the right reasons.

IMO, aside from the fact that you're getting rid of things you no longer need in your life, the biggest benefit of minimalism is that you're making room for more. I don't mean more in the sense that you declutter tons of your old stuff, just to replace it with more new things; rather, more of the things you love and that benefit your life. In the words of organizing expert Marie Kondo, you should only keep objects that "spark joy." Because why would you want to hold onto a dress that no longer fits, a broken kitchen appliance, or a lamp that's beyond repair? But the sentiment doesn't stop there. Minimalism is about rejecting the norms of mainstream modern society and finding alternative solutions that help you to live a life that you love.

If you've seen the recently released documentary on Netflix, Minimalism: A Documentary About The Important Things, you'll understand how a life with less stuff can be filled with so much more. Put into the simplest context, imagine a life in which you don't feel pressured to stay on top of the current fashion trends, you own fewer objects to clean and tidy, you have more time to do what you love, and you're able to downsize your home because you own less, meaning you can work less as you have less stuff financially tying you down.

"There's nothing wrong with consumption," says Joshua Fields Millburn, one half of "The Minimalists," in Minimalism: A Documentary About The Important Things, "the problem is compulsory consumption. We're tired of it. We're tired of acquiring things because that's what we're supposed to do."

With your newly freed-up time and financial savings from downsizing or not consuming so much, minimalism can help you achieve your ambitions of running your own business, making less of a mark on the environment by owning a wonderful tiny home, or simply by spending more time with the people you love.

There's also the aspect of emotional freedom. Instead of feeling tied down and stressed, surrounded by a home that's bursting at the seams that's unorganized and unpleasant to live in, you can embrace minimalism and streamline your belongings so that your home becomes a place that you enjoy spending time in. The benefits of minimalism can spill over into every area of your life, from decluttering your wardrobe and feeling more organized to letting go of negative relationships that no longer make you happy.

I believe minimalism also brings out the best in humankind. It only takes a glimpse of insane Black Friday footage to see that Western society's modern consumerist ideals are just plain wrong. Who cares if you have a 50-inch television instead of a 30-inch set? Is it really worth prying items out of another person's hands just so you can make a saving? Humans weren't born to consume and become trapped in a cycle of buying stuff in the hopes of elevating their social status or filling an emotional hole.

At the end of the day, you can't take things to your grave — well, technically, you can, but they won't benefit your rotting carcass. So spend your time on the truly important things in life, like enjoying quality time with friends and family. "There is no out until you become aware," says entrepreneur Jesse Jacobs in Minimalism: A Documentary About The Important Things, "you're not gonna' get happier by consuming more."

Of course, money makes the world go round right now, but as long as you have a roof over your head, food in your belly, and someone to love, that's what really matters.