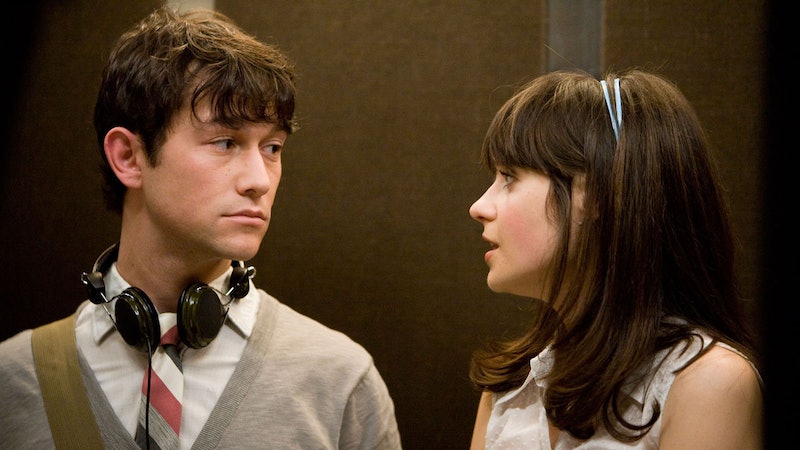 A lot of ink has been spilled over the subject of the Manic Pixie Dream Girl, the sylvan creature who waltzes into a tightly wound man's life and teaches him to have fun, only to disappear once he's learned his lesson — sort of like a Mary Poppins, but for grown-ass men. The Manic Pixie Dream Girl trope is hella problematic, because she exists only to make a man better, brings no baggage of her own to their relationship, and gracefully exits his life when she is no longer of any use to him. Put simply, she's a spritely shell of a person that doesn't pass the Mako Mori test.

Although the Manic Pixie Dream Girl creates an unobtainable ideal for young women, one of those dreaded, flighty characters helped me when I was an awkward 10 year old. The heroine of the Jerry Spinelli book of the same name, Stargirl taught me to embrace my weirdness, no matter what other people thought.

To be clear, I had a whole mess of weirdness to sort through. Growing up as an autistic, tomboyish, and loud girl in the rural South was... difficult. I didn't have many friends, and I got bullied a lot. Characters who could be self-sufficient and truly not care what others thought were my heroes, and I tried very hard to be like them.

Enter Stargirl. When I first saw its wordless, turquoise and lime cover in the young adult section of my local library, I didn't hesitate to check it out.

Spinelli's novel centers on 16-year-old Leo, a lonely teenager who collects porcupine neckties. Having moved to Mica, Arizona only a few years earlier, Leo is living a middling, under-the-radar life before Stargirl shows up. The previously homeschooled teen dresses up in costumes every day, plays the ukulele, and sings to students in the cafeteria. She isn't interested in fitting in, and influences many of her peers to express their own individuality.

Stargirl's quirkiness stems largely from a need to stave off her own sadness. She tries to bring joy to other people's lives because she knows what it means to be unhappy. Stargirl just wants people to smile and laugh. In return, she gets called a fake and a phony, and eventually winds up completely ostracized from Mica High society, at which point she takes Leo's advice and decides to be normal. As you can imagine, this makes Stargirl miserable, and she soon leaves Mica forever, but not before reminding her classmates what it means to be yourself.

Even at 10 years old, I was the same kind of weird as Stargirl. I had big dreams. I wanted to make people happy and be myself, and I didn't want to care what other people thought of me, mainly because I knew that most of my peers didn't like me.

And why would they? I was abrasive, boisterous, opinionated, and odd. I was chubby and homeschooled, I liked Rodgers and Hammerstein musicals, memorized movie dialogue and TV theme songs, I played Nintendo, I hung out at the library, and I made references to Dune and Conan the Barbarian in public. In short, I was nothing like what a 10-year-old girl should be, according to the other 10-year-olds I knew.

Stargirl was a particularly bright spot in my childhood. I didn't read it that many times, but I absorbed the story and the characters. I made my own happy wagon, and I never forgot about Stargirl's decision to just not care what people thought of her. If she could do it, and even press on when everyone else had abandoned her, then so could I. Say what you will about the Manic Pixie Dream Girl, but Stargirl, who existed for seven years before the trope was even named, helped me to embrace my weirdness as the thing that makes me me.