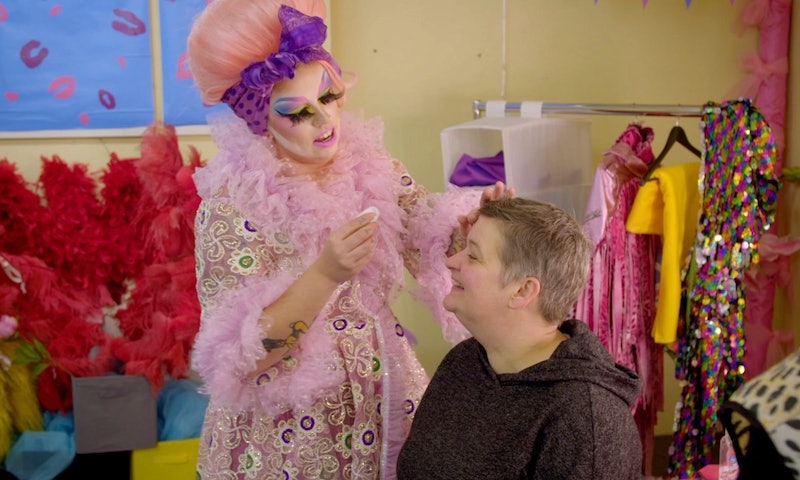 OK, so you might feel like you need some uplifting, love-filled, enthusiasm-inducing vibes at this point. Or, hey, maybe you just need some damn good telly. TBH, whatever you need, you should definitely be watching Drag SOS. You guys, this flipping heart warmer is fast becoming the most popular make over show around and there is no question why. It's fab and makes you feel like you can do anything. Especially if you're lucky enough to be a contestant on this show. So, the question is, how do you apply for Drag SOS? Because The Family Gorgeous are out here changing lives and you need to get involved.

OK, so, considering the show is pre-recorded, and season one has already begun airing, it's safe to say you won't be able to apply for the series currently on TV. But let's look ahead to season two and what your prospects are there.

Well, I've been in contacted the PR team at Channel 4 who informed me that, as of yet, a second season has not been confirmed. However, they've said they will let me know of any changes and I promise to let you guys know how to put yourself forward for your very own drag make over as soon as I can.

The show has already been a huge hit with viewers, with one tweeting "[c]ancel every other tv programme and have #DragSOS on every channel every hour of the day." Amen to that.

In terms of creative show concepts, I would say this one is certainly a front runner, and is proving we can definitely keep up with our U.S. counterparts. Especially as this particular drag show actually has a female drag queen on board. Yes, TeTe Bang is one of the seven incredible drag queens on Drag SOS, and we spoke to her about what it's like to be a woman in a male dominated world and it seems that it's the same as being a woman in any other male dominated world:

"I feel huge pressure because there is very little representation for women in drag in the mainstream. But I'm so proud of myself also. You know there are women in every industry that have to work harder than their male counterparts and drag is no different. But I'm glad we are being finally represented and the show will prove to you how much women need drag."

Groups like The Family Gorgeous — the drag family at the centre of Drag SOS — show that drag is genderless and is for all.

So, with that in mind, now is the moment to start thinking whether you want to be on this Channel 4 show, and to keep your eye out on this page for any updates. It's time to bring out your drag persona, find inner confidence, and take your thinking right outside the box and to places you've never been before. Grab your inner drag queen by the hand and pull her out onto life's dance floor. You deserve it.