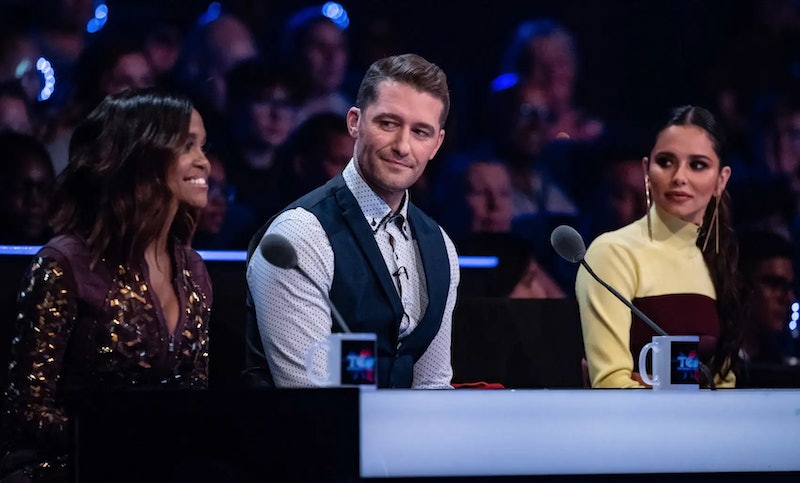 Sadly the competition is not open to applicants as of yet, however with the finale fast approaching, I would recommend keeping your eyes peeled for information regarding the next season of move busting. Yes babe. If you keep an eye on this "take part" page on the BBC website then you might well see the application pop up and get your chance ahead of everyone else. Although I cannot confirm this, I assume that the audition process will be the same as last year, when auditions were put on across the UK. Those interested in taking part simply showed up to audition at the allocated time and then producers decided who went through to the next stage.

The show, which has been like dance's answer to the X Factor has proven to be a hit with fans across the UK. Judges Cheryl, Matthew Morrison, and Oti Mabuse have been sorting the wheat from the chaff and giving some of the most talented and diverse dancers in the UK an opportunity to boogie woogie all night. All in the name of entertainment.

The show had four weeks of auditions in front of a live studio audience and judges. But these weren't just any old auditions. Oh no. The contestants began dancing in front of a dance studio mirror which, when the judges liked them and hit a button, then opened up to a live studio audience. Right, wouldn't have a heart attack at all if that happened. Just kidding absolutely would. The public have spoken and the contestants in the finale will be James and Oliver, Ellie, KLA, and Harry and Eleiyah.

So, after the four weeks of auditioning and potential heart attacks (or at the very least hyperventilation), three live challenge shows, lots of eliminations and then all of this drama, excitement, and of course dancing—a grand finale. Woah Nelly, that is a lot of work, but heck yes it is worth it. Why I hear you ask? Well y'all, the prize up for grabs is £50,000. 50 grand. 50 thousand smackeroonies. The winning contestant will also end up getting the chance to get down on the next series of Strictly Come Dancing. Now that is nothing to shake your tail feather at now is it?

The show has brought all the feels not only for viewers but also for the judges. Cheryl has been particularly emotional throughout, sharing with her contestants that she has found their honesty and vulnerability in their performances overwhelming.

As the finale approaches, you might want to hold onto your own emotions as it is about to get real, and just maybe could be your push to enter next season.