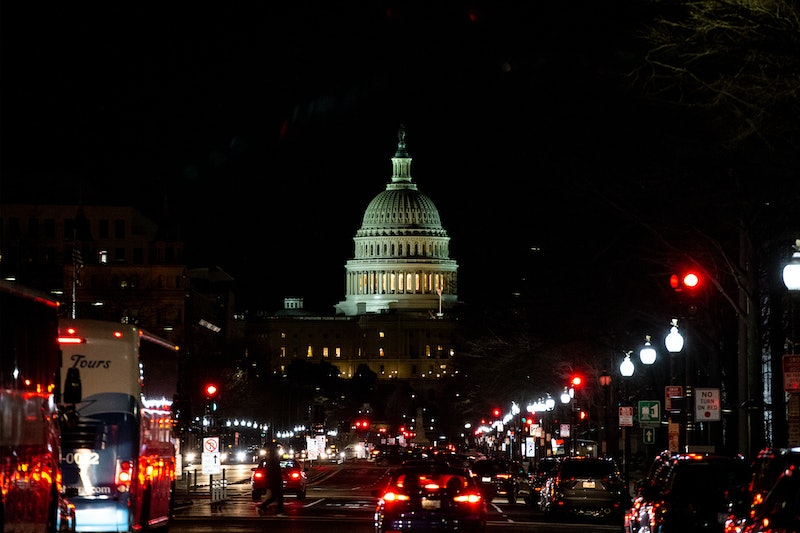 Attorney General William Barr announced Friday that, after nearly two years of investigation, special counsel Robert Mueller had finally handed in his report on Russian election meddling. While Barr told top members of Congress' two judiciary committees that he would brief them on the reports' "principal conclusions" in the near future, there's nothing that legally requires the attorney general to make any part of Mueller's report public. However, if you want to read the special counsel's report for yourself, you can call Congress about the Mueller report.

While national politics can sometimes leave you feeling as if your voice and vote don't matter, contacting those tasked with representing you in Congress can be one of the best ways to make your voice heard in Washington — even if you get sent to voice mail. Trust me, there's a method to this madness.

But before you start dialing, you'll want to know how those representing you in Congress feel about the Mueller report being made public. Have they already called on the attorney general to release the report or are they keeping silent on the issue? It's my personal belief that knowledge is power, and knowing where your Congress members stand on the issue you're calling about will better enable you to state your case and, if necessary, offer a polite rebuttal to any of their arguments. Once you've looked up how your senators and representatives feel about the Mueller report being made public (check their official websites and Twitter accounts for statements), it's time to pick up the phone.

Let's start with the Senate first. First, you'll need to know who your two senators are. If you're currently unsure, this online Senate Directory can help you. Simply select your state of residence from the drop down menu and the directory will provide the name, website, and contact information for your senators' Washington, D.C. offices. If you'd rather reach out to your senators via their state offices, simply hop on over to their websites for the numbers. Then, just pick up the phone and dial.

Contacting your representatives is just as easy; their phone numbers should be located on their official websites. If you're not sure who your congressional representative is, you can look them up using your zip code here. Then enter their names into Google to find their websites, where you'll be able to obtain the contact info for their district office.

While Barr told top judiciary committee lawmakers that he was "committed to as much transparency as possible," he's not under any obligation to make even one page of the Mueller report public. He has, however, said that he would consult both the special counsel and Deputy Attorney General Rod J. Rosenstein to see "what other information from the report can be released to Congress and the public consistent with the law."

According to NPR, there's "growing bipartisan pressure" for the attorney general to release Mueller's full report to the public. While congressional Democrats have long called for the public to be given access to Mueller's findings, a number of Republicans, including Sen. Susan Collins and Rep. Doug Collins, have echoed a similar message. Indeed, on Thursday, the House of Representatives called on Barr to release Mueller's report in a nearly unanimous non-binding vote.