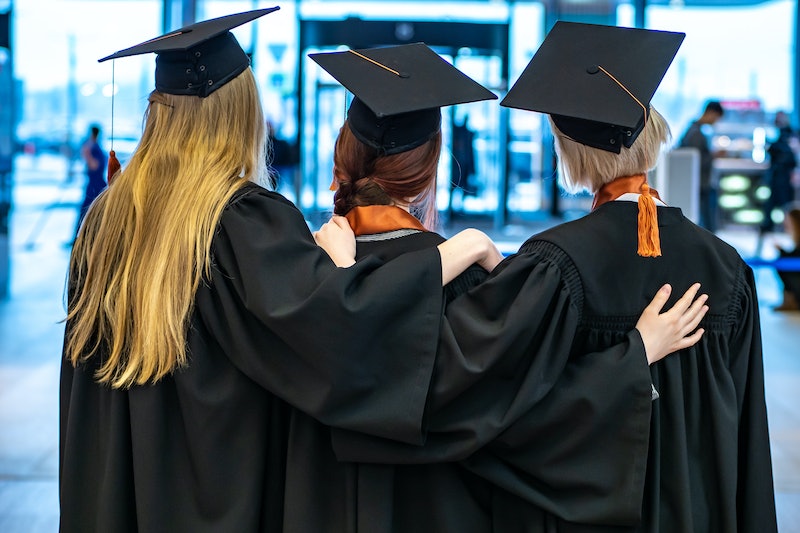 University in England isn’t cheap. Undergraduates now can expect to pay £9,000 for one year’s worth of tuitions, and student debts can take years to pay back. But along with the startling reality of how much debt university could land you in, it turns out some graduates have been overpaying on their already expensive student fees. According a new report, there are £28 million of unclaimed student loan overpayments in England, the BBC reports. So for those who have forked out for higher education, you could be owed some money.

Higher education publication Research Professional brought attention to the startling figures through Freedom of Information requests. The BBC reports that the data Research Professional collected showed that there was £308 million worth of overpayments between 2009-2010 and 2017-2019. This works out at around £600 per person. While most of that has now been returned, at the moment, the remaining £28.5 million is being stored by the government, according to the BBC. But how did this happen? And what are the next steps to returning the money?

Once you complete university, you begin to pay back the debt of student fees. Currently, once a graduate earns more than £494 a week, or £2,143 a month, you will start repaying 9% of your wage towards your student loans, as gov.uk explains. And payments should cease once you’ve paid back all of your student loans. But, unfortunately, as this research has pointed out, that isn't always the case.

The Student Loans Company (SLC) have stated they contact all customers and are trying to refund the money. According to the Guardian, an SLC spokesman has said: “We want all customers to repay the right amount and not to over-repay on their loan.”

The Guardian reports that the SLC "said it contacted everyone who overpaid to arrange refunds and urged all graduates who had taken out loans to keep their contact details up-to-date." However, students who haven't heard anything but think they may have overpaid should get in touch with them.

Usually, SLC gets repayment information annually at the end of the tax year in April. So, if a graduate repays their loans during the tax year, for instance, they could potentially still be overcharged for the rest of that tax year. The Student Loans Company normally sends a letter to graduates two years before they are due to pay off all their students loans suggesting that they switch to direct debit to help stop overpayment, the Guardian reports.

The spokesperson for SLC continued: "We pro-actively contact all customers that have over-repaid to make arrangements for a refund; customers who do not participate in the direct debit scheme can also claim a refund at any time by contacting us. We urge all customers to keep their contact details up-to-date so that we can contact them at the appropriate time about the direct debit scheme."

Luckily, this is less likely to happen again in the future due to changes in the law that will allow weekly data sharing between SLC and Revenue & Customs, as a government spokesperson told the Guardian. This means clearing balances and loan repayments can be updated more regularly.

If you are a borrower who is concerned you have been overcharged, contact SLC.