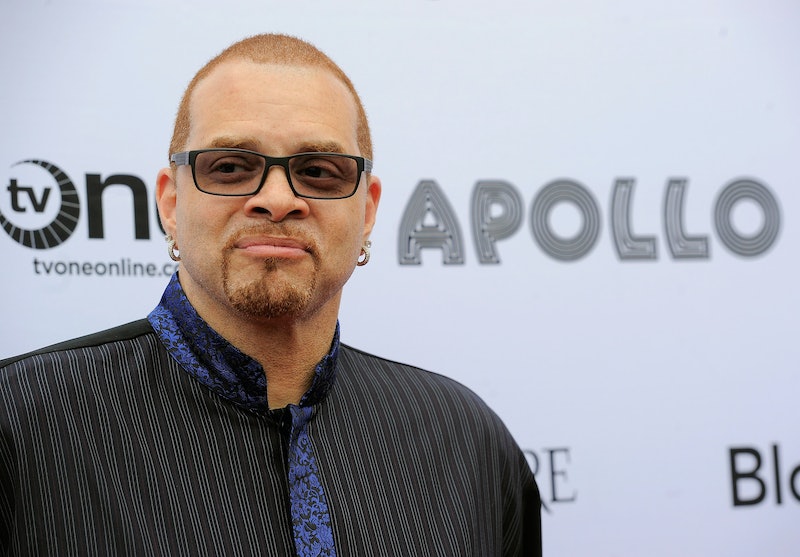 Fellow '90s kids, I have some bad news for you: Your favorite Sinbad genie movie never existed. I know, I was shocked too. You probably remember every plot detail about Sinbad and his faulty wish-granting abilities vividly, but Sinbad himself confirmed the movie never happened. Of course, that has not stopped the internet theory machine from believing the non-existent Sinbad movie Shazaam exists only in a parallel universe, computer simulation, or every copy was destroyed because Sinbad was embarrassed by the role. An entire Reddit thread is devoted solely to solving the mystery. For your average '90s kid who has not delved deep into the land of Reddit theories though, the realization Sinbad's genie movie never happened is going to be hard to process.

Newstatesmen featured an article on the phantom memory that so many '90s kids seem to share of a missing Sinbad genie movie and came to the conclusion memory conformity is to blame. Dr. Henry Roediger told the site shared false memories are common and easily exacerbated online. Part of the confusion likely stems from the '90s movie Kazaam, starring Shaq as a genie who reunited a young boy with his father.

Whether you are now frantically texting all your friends hoping they will reassure you the Sinbad genie movie exists, or you are looking into that whole alternate universe theory, I am here to offer you some comfort. Here are a few ways to cope with the realization your favorite '90s Sinbad movie never existed.

Watching Kazaam will not only help you separate fact from fiction, it will serve as a reminder you actually did love a '90s movie about a genie. The movie just had nothing to do with Sinbad.

Have A '90s Sinbad Marathon

Even without the nonexistent genie movie, Sinbad played a crucial role in your childhood. The man starred in '90s classics like Jingle All the Way and First Kid. He even had his own TV show called The Sinbad Show that you definitely watched with your parents. Just remind yourself this news in no way erases Sinbad from your '90s experience.

Break the news to your friends and see how many of them are adamant they saw the movie. Once you convince them it was all a beautiful dream, you can commiserate with each other on the weirdness of memory.

Sinbad's take on the great genie movie debate is hilarious. He also happens to be a smart, politically savvy actor whose tweets you need in your life.

If you still can't forget about Shazaam, then write your own version of the tale. Maybe this is an elaborate sign from the universe a Shazaam movie starring Sinbad needs to happen.

While you are shook right now, '90s kids, you can get through this Sinbad genie movie crisis as long as you focus on all the awesome things Sinbad has actually done.