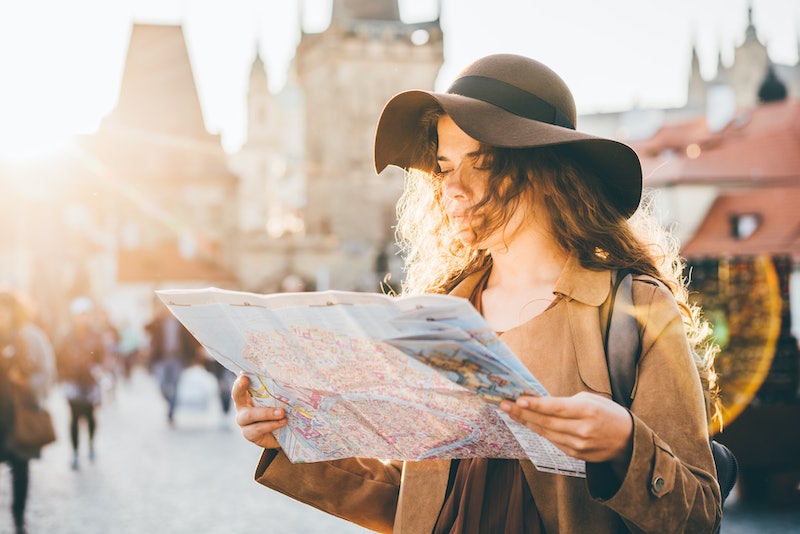 Is it really a vacation if you're still tethered to your phone? A 2019 study published in the Journal of Travel Research found that travelers who opted for a digital detox while traveling had a better experience than those who didn't. Although travelers were initially anxious and frustrated when they disconnected from technology, especially navigations apps, those feelings soon gave way to acceptance and enjoyment. What's more, those who didn't use technology while traveling spent more time engaged with their travel companions and talking with strangers.

Hey, avoiding talking to strangers might be one of the reasons you're so dependent on your phone. Trust me, I get it. While it can certainly be comforting to have a digital crutch, it means you could also be missing out on meeting some really great people.

"We found that some participants embraced and enjoyed the disconnected experience straightaway or after struggling initially, while for others it took a little bit longer to accept the disconnected experience," Dr. Brad McKenna of the University of East Anglia's Norwich Business School said in a press release. "Many also pointed out that they were much more attentive and focused on their surroundings while disconnected, rather than getting distracted by incoming messages, notifications, or alerts from their mobile apps."

While there was a time not too long ago when paper maps and pay phones were the only way to stay connected while traveling, the past few decades have made people increasingly dependent on technology. I mean, let's be honest, who among us doesn't panic if they realize they've left home without their phone? How will you know which route to take, which restaurant to eat at, or what's happening on social media?

This is especially true if you're a younger millennial who doesn't remember a time when you weren't constantly connected. In fact, you might not even realize technology is contributing to your anxiety until you stop using it. The study reported that many participants were instantly overwhelmed when they reconnected with their devices and saw all of the notifications, which is pretty good way to measure just how bajiggity that digital ball and chain makes you feel.

This is why disconnecting while traveling is becoming more and more popular. A quick Google search reveals pages and pages of positive experiences people had when they decided to actually live in the moment instead of embracing a #DoItForTheGram attitude.

"As much as technology has helped us, I think we’ve really lost one of the most beautiful aspects of travel. Constant distraction keeps us from observing the place we are at and being present in the moment," Matthew Kepnes, author of How to Travel the World on $50 a Day, wrote on his blog Nomadic Matt. "Too often, we’re glued to the phone, Snapchatting and Instagramming that moment but never really being in it" — instead, we're reading stuff on our phones or computers, or chatting with people from home.

If you've never taken a trip without consulting your phone constantly, it might be time to see what you're missing. Pretend it's 1999. Leave that phone at home (or at least turned off and tucked away), get an old-timey film camera, and some paper maps. Discover the joy of getting lost, of taking photos you won't see until you get them developed, and of actively interacting with the people and places around you.

Those who participated in the study noted that some of the best hidden gems during their travels came via word-of-mouth recommendations from locals versus from websites. If these people had been busy Yelping instead of talking to real live humans, they may very well have missed out on what some said were the best parts of their trips.

If going on a long vacay without your phone feels too scary, try powering down from your devices during a weekend getaway instead. Once you take a break from the virtual world, you might be surprised at just how much you've been missing IRL.

More like this
You Can Stay At The 'Hocus Pocus' House On Airbnb
By Alexis Morillo
Craving The Beach? Here's Your Guide To A Solo Vacation In Turks & Caicos
By Alexis Morillo
20 Smart Devices Under $35 That’ll Change The Entire Vibe Of Your Home
By Emma Carey
Here's How To Get Your iPhone To Update Automatically Forever
By Emma Carey
Get Even More From Bustle — Sign Up For The Newsletter