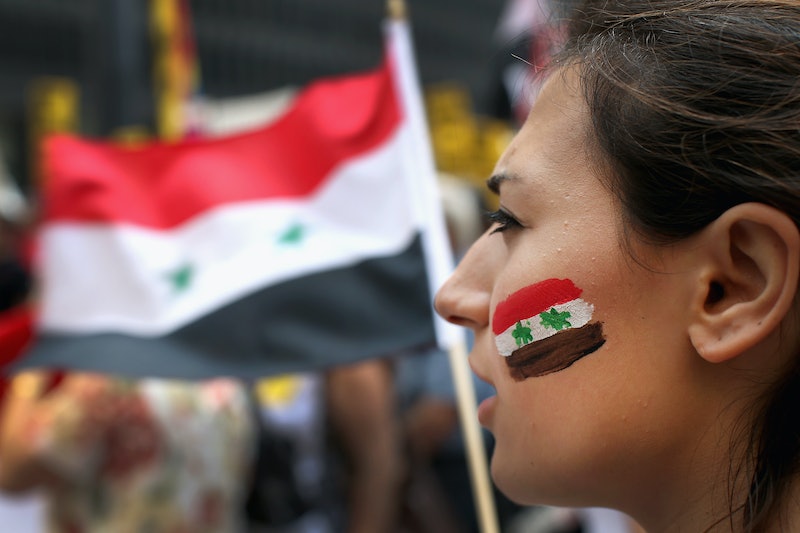 In the midst of ongoing violence, a deadly chemical attack struck northern Syria on Tuesday, killing more than 70 people and injuring or sickening some 300 others. The deadliest such attack in recent history, Tuesday's incident appears, according to U.S. officials, to be the work of Syrian leader Bashar al-Assad and his regime, though it has denied involvement. In the wake of such inhumanity, there's an opportunity for the global community to step up to help the Syrian gas attack victims as they begin their road to recovery.

The chemical gas attack was reportedly centered around the northwestern province of Idlib. According to witness reports, an airstrike targeted the city of Khan Sheikhoun, which has been held by rebels during the ongoing Syrian civil war. The airstrike supposedly released a harmful gas that caused civilians on the ground to become sick and lose consciousness. Many victims died or were separated from their families.

Perhaps worst of all, the chemical attack harmed numerous children. CNN spoke to one 13-year-old boy at a hospital in southern Turkey, while The Associated Press told the story of a father who lost his 9-month-old twins, among other family members. World leaders, including President Trump, have already spoken out against the attack, but there's plenty more that can be done to help the people most directly affected by Syria's ongoing violence.

In addition to the organizations noted in the tweet above, nonprofit group NuDay Syria launched a Razoo fundraiser in response to Tuesday's attack. According to the donation page, the fundraiser will support NuDay Syria's efforts to provide humanitarian relief, medical aid, and food. The Syrian Civil Defense's White Helmets responders also accept donations and petition signatures online.

If the thought of children suffering from a chemical weapons attack particularly disturbs you — and understandably so — you can donate specifically to the Syrian Children's Relief Fund set up by Save The Children.

Beyond medical treatment and supplies, the victims of Tuesday's chemical attack need a voice. On social media, supportive messages have circulated with #PrayForSyria, but the really important messages could be those in the offline world. For instance, President Trump implied in a press conference on Wednesday that the United States may change its approach to Syria in the wake of Tuesday's attack. While the details are far from clear, that could be a step in the right direction by a leader who has repeatedly tried, through executive orders, to prohibit Syrian refugees from seeking peace in the United States.

The president's so-called "travel ban" remains tied up in court, but you can still voice your support for Syria by reaching out to your elected officials in protest of the ban. In an email, phone call, or some other form of message, you can ask your representative to give the Syrian people a safe place to take refuge from the ongoing violence and to take a stronger approach to ending the violence.

The chemical attack in Syria has clearly taken a toll on the civilian population. For Americans who find it difficult to imagine a world in which toxic gas falls from the sky and leaves you unconscious, there is no better time to pay attention. Educate yourself about the tragic situation and take action in the way that makes the most sense for you.