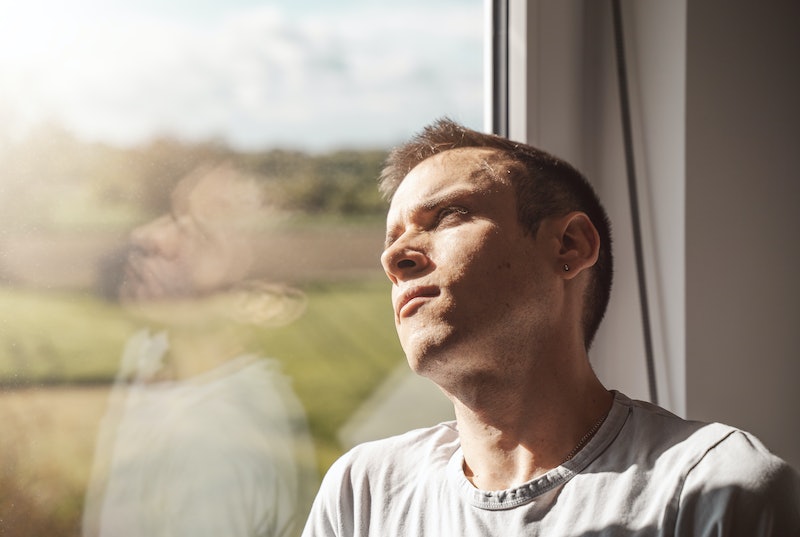 We're all familiar with the "fairy tale" version of the heteronormative expectations associated with masculinity — in this sense, the term denotes a virile, strong man who likes women and is relentlessly tough and brave in equal measure. There are definitely problems inherent with that paradigm (i.e. not all masculine men like women, and women can be masculine too) — which is why knowing how to identify toxic masculinity in your life is so important.

It's worth noting that the term "toxic masculinity" did not, in fact, originate with feminists. Society today loves to claim that women are always to blame for casting aspersions on men, but in actuality the term "toxic masculinity" was coined in the '90s by men's advocacy groups like the Mythopoetic Men's Movement. What they sought to do at the time was to separate what they perceived as "healthy" masculinity from the negative tropes tied to the term.

In the time since, toxic masculinity has mushroomed into a growing cultural phenomenon with feminists on one side of the fence and conservatives on the other claiming masculinity isn't toxic — but, rather, we're all simply misandrists. To be clear, though, toxic masculinity does exist. Here are a few indicators of it that are worth looking out for.

More like this
Your Daily Horoscope For August 12, 2022
By Mecca Woods
25 Things I've Reduced My Life To, In Addition To WFH In My PJs
By Ginny Hogan
How To Change Your Twitter Handle
By Emma Carey
The Spiritual Meaning Of The August 2022 New Moon
By Nina Kahn
Get Even More From Bustle — Sign Up For The Newsletter