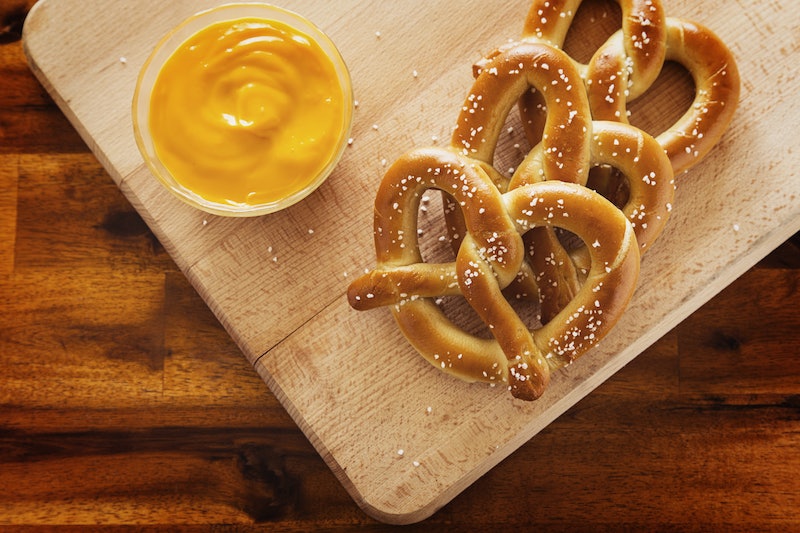 Shutterstock
By Syeda Khaula Saad
May 7, 2020

Shanghai Disneyland announced that it will reopen on May 11, after being the first Disney park to close in response to the coronavirus pandemic. While this may seem like good news, there is a lot that will need to be done before parks around the world can open up again and be safe for use. But even you may not know when the next time you can visit a Disney Park may be, you don't have to wonder when you'll have your next Disney treat. Disney released its Mickey Mouse pretzel recipe so you can make it right at home.

Sure, you can make any old pretzels and the recipe will be almost the same. But these are Mickey Mouse pretzels, which increase the value tenfold. I mean, how can you top a dash of Disney magic? Trick question: you can't.

Making the Mickey Mouse pretzels are pretty easy. All you need is store-bought pizza dough, sea salt flakes, flour, and two whisked egg whites. The store-bought pizza dough lets you eliminate the steps where you have to use yeast to make the dough by scratch and wait for it to rise. This way, whether you're a beginner or not, you can get to the good stuff even faster. (Psst... Delish Kids has an awesome recipe for Mickey Mouse pretzels, too.)

Usually, with one tube of pizza dough, you can make up to four Mickey Mouse Pretzels. For each pretzel, you'd roll a section of the dough into three balls: one for the head and two smaller ones for the ears. Roll out these pieces so that they're skinny circles. Then, flour them lightly. After this, attach the three circles so that they resemble Mickey's head. Do this for each pretzel and then brush over each pretzel with egg whites and sprinkle sea salt on them. The last thing you'll have to do is just pop them in the oven for 10-15 minutes and that's it! After it's done baking, you'll have fun and delicious Mickey Mouse pretzels that you can totally Instagram and of course enjoy. You can pair the pretzels with your favorite cheese or sour cream and onion dip.

While the finished product may taste just like ordinary pretzels, there's a big difference. It's not everyday you get to bite into a replica of Mickey's head.

Along with Disney's Mickey Mouse pretzels, the company has consistently released and posted recipes to its trademark theme park treats since social distancing guidelines were heavily suggested in mid-March. Some recent releases include "the grey stuff" from Beauty and the Beast, cheddar cheese soup from Le Cellier Steakhouse in Epcot, and plant-based cookie fries from Disney's Beach Club Resort.

While Disney Parks remain closed for now, the company has been adamant in keeping customers satisfied through these at-home recipes. The company also recently launched interactive Disney-themed activities online for parents to do with their children. From coloring templates to videos of their favorite celebrities singing Disney classics, the company has made sure to let people bring the magic of Disney home with them as they maneuver through these difficult times.