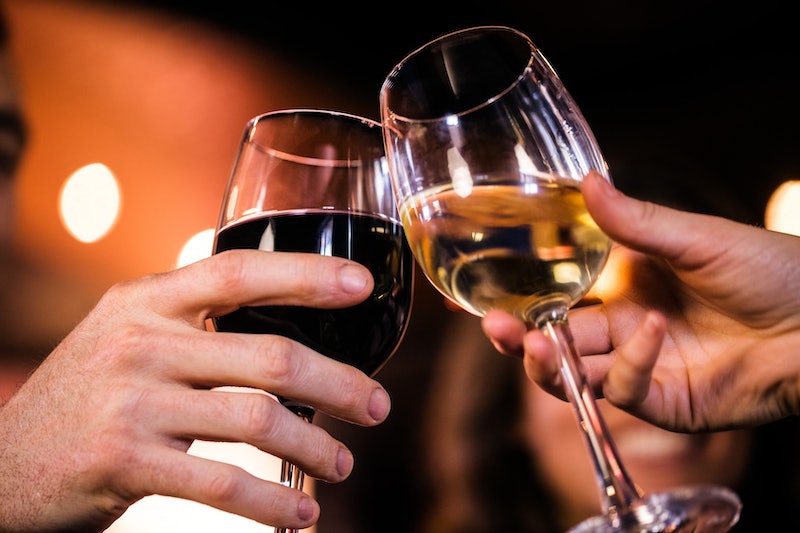 Instant Pots are everywhere these days, and with good reason: You can make virtually anything in them. Case in point: David Murphy of the food and lifestyle website Food N Service recently figured out how to make wine in an Instant Pot. You heard me — actual wine. Red wine, to be exact. What’s more, it was actually apparently not bad, as far as wine goes. The more you know, right?

Pressure cookers, of course, are far from new; indeed, their invention is generally credited to Denis Papin, who presented the very first pressure cooker — what he called the “steam digester” — to the Royal Society of London way back in 1681. The patent for the electric pressure cooker, however, wasn’t filed until 1991; then, in 2008, Robert Wang and several of his friends began making an attempt to develop the pressure cooker into a multifunction appliance capable of working as a slow cooker, a sauté pan, a steamer, a rice cooker, a yogurt maker, and a general food warmer. That invention eventually turned into theInstant Pot, which hit Amazon in 2010 and has since become a fixture in many home kitchens. It’s fast, it’s efficient, and it can make just about anything — including, as David Murphy discovered, wine.

I highly, highly recommending heading over to Food N Service for the full rundown; Murphy notes every detail of his process in such a way that recreating it would be more than doable. Basically, though, the short version is this: Murphy mixed together aton of sugar and a 64 oz. bottle of Welch’s Grape Juice, added it to an Instant Pot with a packet of wine-making yeast, let it “cook” in the Instant Pot on the yogurt setting for two days, bottled the liquid again, and then let it sit in the dark at room temperature for about a week and a half. And wouldn’t you know it? At the end of the whole process, he did successfully manage to make a bottle of red wine!

The fact that Murphy used the yogurt-making setting is particularly interesting to me; it makes a lot of sense when you think about it: Both wine and yogurt involve fermentation, after all. The regular winemaking process typically requires two periods of fermentation and a period of aging. During the primary fermentation period, most of the actual alcohol — about 70 percent, according to the website Winemaker’s Academy — is made while the yeast feeds on the sugars from the fruit; then, once most of the sugar has been used up, the secondary fermentation period begins, which makes the last 30 percent of the alcohol. After fermentation is complete, the wine is bottled and racked; then the aging process allows the wine’s flavor to develop — although you do have to be careful not to let it age for too long. Otherwise you risk it becoming straight-up vinegar.

When it comes to home winemaking, it usually takes a minimum of one month before your wine is drinkable, according to winemaking and brewing resource St. Louis Wine and Beermaking; however, it’s recommended that you let it sit for longer before trying it. At about three months, notes the site, the wine will “begin to show some character in its flavor”; six months is the “recommended time for many white wines, and almost all reds”; and letting it sit for nine or more months “matures the flavor of the wine, bringing out the full spectrum of bold tasting notes while fully allowing the bitterness of the alcohol to subside.”

The Instant Pot method, however, sped the process up somewhat. First, Murphy left his wine ingredient-filled Instant Pot running for 48 hours. At the 20-hour mark, the juice had begun to change color and turn cloud; additionally, bubbles of carbon dioxide (CO2) were visibly forming thanks to the yeast’s sugar-eating action. Murphy gave it a quick taste (for science!), but doesn’t actually recommend testing half-baked wine; it was, he said, “a little gross,” elaborating that it wasn’t “horrible,” but that it was “yeasty tasting with abit of alcohol.” However, it did at least assure him that he was on the right path, so he kept the Instant Pot running for another day or so. After 48 hours were up, he bottled the liquid and left it alone in a dark place for a bit while the CO2 calmed down.

After eight days of sitting, wrote Murphy, “I didn’t notice the fizziness anymore,” which indicated that the wine was ready to try. At this point, the wine had “hints of chocolate and dark cherries,” as well as what Murphy called “a very palatable wine taste.” Of his two taste testers, one said he could “go ahead and drink the whole bottle” as it was, while the other noted that she wanted to “give it an extra day or two to calm down the CO2.” (Apparently the wine was still a tiny bit bubbly.)

So, Murphy let it sit for two more days (which, if you’ve been keeping track, means that the whole process took 12 days from when the Instant Pot was first started up to the pouring of a finished glass) — and when he poured another glass, he determined it to be done. “Look, mom! No bubbles!” he wrote alongside an image of a glass of his wine; the CO2 had calmed down considerably, meaning the wine was no longer fizzy.

Despite his apparent enthusiasm throughout the process, Murphy wasn’t initially convinced that his experiment was going to pan out — which,I would imagine, made it all the more delightful when it did. “I seriously didn’t think this was going to work at all,” wrote Murphy. “I was expecting a failure, but I was patient and played that annoying waiting game.” And it seems like it paid off: “Honestly, it was so much better than some of those cheap bottles of wine that I’ve bought,” he said. Indeed, he even thought it was better than Trader Joe’s fabled Two Buck Chuck.

Wine is far from the only unexpected thing you can make in an Instant Pot — as long as you’re willing to get creative, of course. Folks have figured out how to make ricotta cheese, jams and marmalades, and even lotion bars and lip balm in their Instant Pots; what’s more, as the technology improves, I’m sure people will continue experimenting in increasingly surprising ways. Sure, there will probably be some missteps — but all’s fair in food and science, right?

Head on to Food N Service for Murphy’s full Instant Potwine recipe and instructions. Bottoms up!