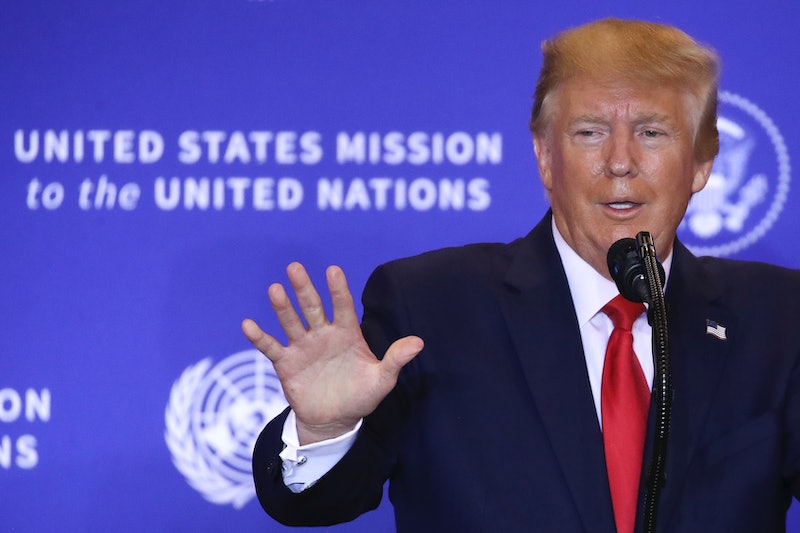 The last 24 hours of news have been dominated by conversations about impeachment, understandably so. The formal impeachment inquiry against Donald Trump means that the process has officially begun — but the nation is still far from any sort of conclusion. Now, votes will be taken in the House of Representatives and potentially the Senate to decide whether or not POTUS should leave office — which is why it's so important you know how to make your voice heard on the Trump impeachment proceedings now.

Now that an impeachment inquiry process has begun, the next major step happens when the House of Representatives holds a vote on whether or not Trump should be formally charged with impeachment. After that, if there are enough votes for impeachment in the House, an impeachment trial will take place in the Senate.

In other words, the trajectory of the impeachment process is still not yet set in stone. Much of the decisions made by representatives and senators could still be swayed by the will of their constituents. So if you want to contact your Congress member about the Trump impeachment inquiry, there's never been a better time to act, and it's definitely not too late to make a difference. Here are some of the best ways you can make your voice heard: