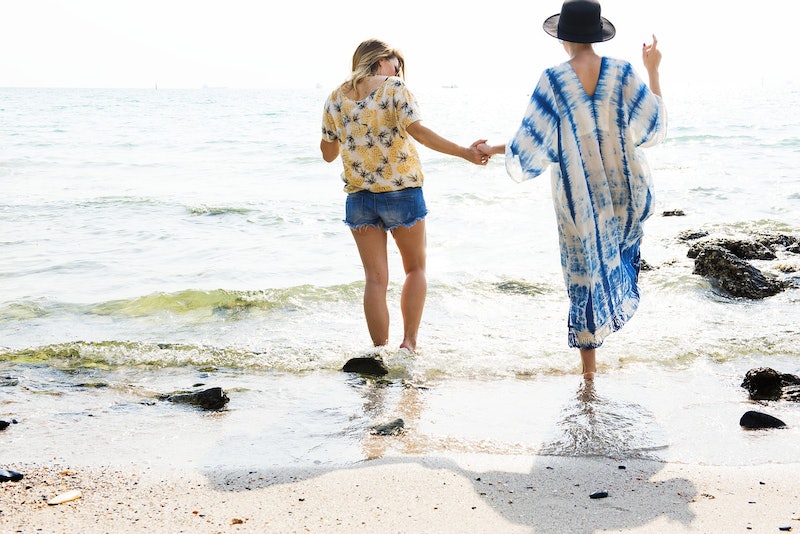 When it comes to making choices, some of us agonize over every minute detail to try to come to the best conclusion, while others find something they believe will be good enough and call it a day. Research is finding that these two approaches can have a noticeable impact on your life, even when it comes to how to pick friends and the imprint the opposing strategies can leave behind. So the next time you're trying to figure out who to spend your Saturday with? Well, here's what to do.

Science says there are two kinds of decision-makers: Maximizers and satisficers. Maximizers dissect every detail to find the best possible option that exists, while satisficers only browse their options until they find one that fits their needs, at which point they stop looking. It stands to reason that each could present its own benefits under certain circumstances; but when it comes to picking your friends, research says it pays to be a satisficer.

The study, published in the Journal of Personality and Social Psychology, involved college freshmen who had just gone through the rush process for their sorority or fraternity. It questioned their emotional experience and also determined whether they were a maximizer or a satisficer. They found that overall, satisficers were happier with the rush process and the sorority or fraternity where they ended up.

The same was true with the upperclassmen on the other side of the equation: Satisficers were more likely to report that they were still happy in the organization they chose, as well as with the new members they just introduced.

In yet another experiment, researchers found that participants who maximized while trying to find people to socialize with were less satisfied in life, and had more negative emotions and lower self-esteem. The more options they had, the worse it got, as they continued to maximize even more.

Other research into the art of decision-making echoes similar thoughts. Other scientific literature states that keeping your options open can make you less happy with what you eventually choose. In fact, the pressure you put on yourself to make the perfect choice can even mean that you never make a decision at all. Being a maximizer can lead to feelings of regret — and we know that regret can have all sorts of negative effects on your emotional and physical wellbeing.

Rather, you'd be doing yourself a favor to make a decision you can't go back on, and move on with your life. In the case of choosing friends to spend time with, this could mean finding people that demonstrate what's most important to you — honesty, kindness, and trust, maybe — and disregarding other details that might not really matter much.

It's understandable to think, knowing all of this, that satisficers simply care less; but that's not exactly the thought process happening.

Instead, they merely have a set of requirements that their decision must fulfill; and once it does, they're satisfied to quickly make their decision and move on.

The good news is even the biggest maximizer can learn to be a satisficer, if that better suits a situation they're in. To be better at making decisions, first remember that you can't have it all, no matter how much time you spend analyzing the details. You will eventually have to pick something. Secondly, remind yourself that overanalyzing can confuse more than clarify. Your intuition can be just as good an ally in decision-making as painstakingly detailed assessment of your options. Third, don't put things off too long. Often, this can lead to someone making the decision for you, or your options simply being taken away.

While there are certainly reasons to prolong the decision-making process — maybe you need more information, for instance — don't let yourself get caught up in pesky details, because it could end up backfiring.